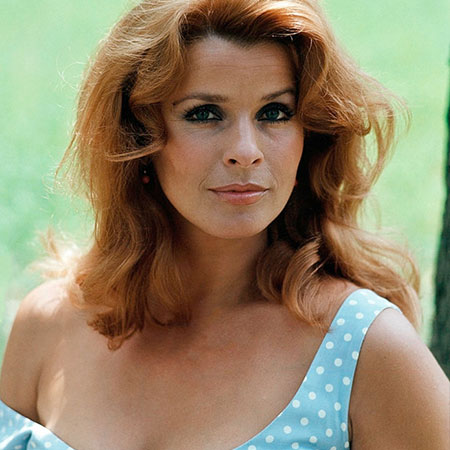 Multitalented Senta Berger, is an Austrian film, stage and television actress, producer and author. She earned many awards and nominations including three Bambi Awards, two Romys, an Adolf Grimme Award.

One of the finest and the talented actress in the Hollywood industry, Senta Berger was born on May 13, 1941, in Vienna, Austria. She is a curious and hard-working daughter of father Josef Berger who was a musician and her mother Therese Berger, a school teacher.

Senta and her father have performed together when she was at the age of four. She sang and her dad played the piano for her. Similarly, at five years old, she took ballet lessons and at 14, Berger turned to act taking private lessons. She then left her private school education at 16.

In the Year 1957, she won her first small role in one of the final films directed by Austrian auteur Willi Forst. Eventually, She tried for the Max Reinhardt Seminar, a famous acting school in her birth Place Vienna, and was accepted, but she left shortly afterward accepting a film role without permission. She became the youngest member of the Josefstadt Theatre in Vienna in 1958.

During Berger's Professional life she met Michael Verhoeven, son of the German film director Paul Verhoeven for the first time in 1963. They started working together and started their own film production company in 1965.

The Love bird later married in 1966 after a short interval of time. Then after marriage with her husband, Berger continued to develop her European career in France and Italy.

At her early age, in 1960 Bernhard Wicki and Artur Brauner produced the film The Good Soldier Schweik with Senta and the German actor Heinz Rühmann. Brauner makes her play in several films, but she soon tired of musicals.

Similarly, In 1962, she went to Hollywood and worked with stars like Charlton Heston, Dean Martin, Frank Sinatra, Richard Widmark, John Wayne, Kirk Douglas, and Yul Brynner and more. After that, She returned to Germany to accept an offer for a role in a series, which would have brought an obligation of several years.

Berger and her husband Verhoeven started their film production company In 1970 and starred for the first time in a film produced by her own company and directed by her husband. Additionally, their internationally successful films made by their joint production company included Die weiße Rose (1982), The Nasty Girl (Das schreckliche Mädchen, 1990) and Mutters Courage (1995) and so on.

Senta who has won millions of people’s heart by her stunning performances has Published her autobiography in Germany: Ich habe ja gewußt, daß ich fliegen kann ("I Knew That I Could Fly") in the spring of 2006.

Among them, her memories of Hollywood are a less-than-subtle attempt by Darryl Zanuck to get her on his casting couch, and of all the shallow people she met in Hollywood. She has also won several awards such as Bambi Prize (2011), Bravo Otto in Bronze(1969), German Actor Award (1987) and many more.

Discover:- British-American Actress Lauren Cohan Not Yet Married? Details of Her Affairs and Dating Rumors

The Beautiful and Stunning actress with blue colored eye and dyed Red hair stands at a height of 5 feet 4 inches. Comparatively, she got a proper body measurement with breast 37 inches, waist 25 inches, and hips 37 inches with flawless body figure.

Senta Berger, wife of German film director Michael together has given lots of contribution in her career. She has been President of the German Film Academy and also head of the 'Official Competition' jury at the 27th Berlin International Film Festival in 1977.

In her 78 years of a long journey in various field, She has achieved lots of appreciation and is able to accumulate the estimated net worth around $83 million. Similarly, her husband and their children also earn huge millions of dollars as all of them were a famous personality.

The Family also owns well furnished and decorated a house and is, therefore, living a lavish and standard life.

You May Like:- Hollywood Actress Goldie Hawn Earns Huge From Her Profession, Has Managed a Tremendous Net Worth