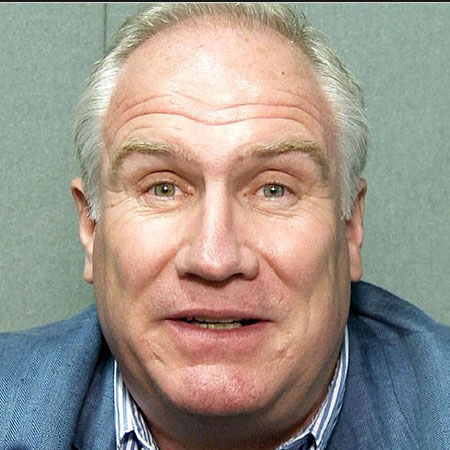 Rupert Vansittart is a famous English actor who appeared in a variety of roles in film, television, radio, often playing comic characters. Further, he is popular for playing for his role as Lord Yohn Royce in the HBO series Game of Thrones and Lord Ashfordly in the ITV drama Heartbeat playing the role of Lord Ashfordly.

In 1985, Vansittart started his professional acting career in the TV series Bulman as Jack. Likewise, he played his part in various other movies and tv series. Here, today we will unveil the details regarding his wife, net worth, parents, children along with facts. So, without any further delay or waiting, let's get right into today's topic.

Who Is Rupert Vansittart's Wife? Does The Couple Share Child Together?

Rupert is happily in a marital relationship with his longtime girlfriend Emma Kate Vansittart, who is a daughter of another actor named Moray Watson making her maiden name Emma Watson. Moreover, the beautiful duo walked down an aisle in 1987.

Read More; British-American Actress Lauren Cohan Not Yet Married? Details of Her Affairs and Dating Rumors

The pair shares two children daughters who are all grown up as of now. Besides this much of details about Vansittart's personal life, there isn't much information.

Thus, the pair are together for then 3 decades and still going strong without rumor or controversy of splitting up.

Read Similar: 42 Years American Voice Actor Taliesin Jaffe Dating a Girlfriend or He Is Secretly Married and Enjoying Life With His Wife?

Emma is also an actress and used to use her maiden name, Emma Watson but later agreed to give up her name to another young actress Emma Watson in Harry Potter movies in 2000. As she decided and gave up her name and took her husband's surname. Further, she stated

Equity got in touch with me and said a young, unknown schoolgirl was to star in Harry Potter. I was born Emma Watson and my father was the actor Moray Watson. So my acting name was always Emma Watson until I took a break from acting to home-school my two daughters.

Equity said that, if I was to return to work, they’d have to change her name. I thought it was a hassle for her to change it when I could take my husband’s name, Vansittart.

Who Much Is Rupert Vansittart's Net Worth?

As of 2019, Rupert Vansittart has an estimated net worth of $1 million. Likewise, he managed to make this huge amount of fortune from his professional acting career.

In addition to Vansittart's net worth, he worked in 1994 film Four Weddings and a Funeral which was a huge success with the budget of $3.6 million it collected box office collection of $245.7 million. He also worked in another successful film of 2011 Johnny English Reborn which made a box office collection of $160.1 million under the budget of $45 million.

Read More: British Actress Lauren Cohan's Lifestyle and Net Worth She Has Manged From Her Profession

Due to Vansittart successful career in the Showbiz industry, we can all say he made millions of money from his career which enables to live a lavish life with his family.

When and where was Rupert Vansittart born?

What is the birth name of Rupert Vansittart?

What is the origin of Rupert Vansittart's parents?

What is the age of Rupert Vansittart?

What color are the eyes of Rupert Vansittart?

What is the height of Rupert Vansittart?