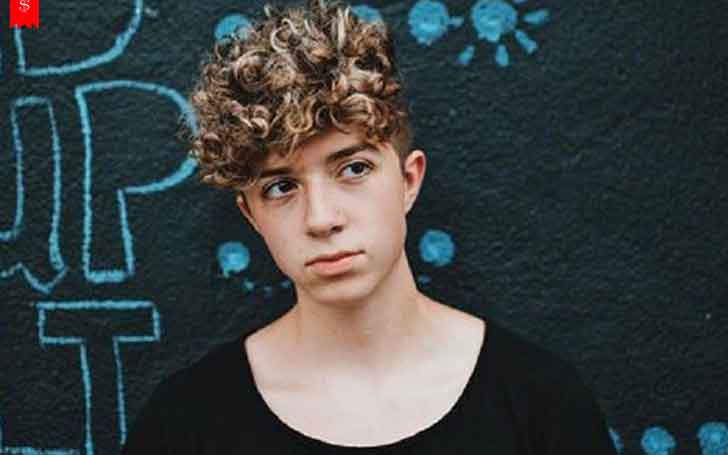 Jack Avery is popularly known for being a member of Why Don’t We. He is a youngster from California who started his career posting his songs on social media such as Youtube, Instagram. Soon he met with four other aspiring musicians from across the country and as a matter fact formed the band.

The band eventually released an EP- ‘Only The Beginning’, and then an album "8 Letters" which gained attraction from listeners worldwide. Jack's vocals and songwriting skills have been a great contribution to the band.

Jack Avery was born on 1st July 1999 in Burbank, California. He has four siblings. His family moved to a small town in Pennsylvania when Jack was 1 year old and he did his early schooling from there.

Read More: Is Youtuber Taylor r Dating a Boyfriend? Know About Her Affairs and Dating Rumors

As a kid, he wasn’t serious about his musical career as much and was mostly inclined towards playing basketball in his school and his backyard. Somehow, down the line, as he grew as a teenager, his interest in music started growing and he started using social media as an effective tool to showcase his talent.

Since his childhood, he was much attached to basketball but Jack's curiosity for music and inspiration from his father, John Avery, became a triggering effect for his career in music. He had then started learning the piano from his father.

See More: 27 Years American Internet Personality Rudy Mancuso Dating a Girlfriend: What About His Past Affairs?

At an early age, he was acknowledged by some reputed talent management companies which led him to get the chance of being a part of Impact Tour in 2016. The tour served young and talented musicians like Jack and helped them gain exposure in public eyes to help them in making a career in music.

He has released a solo single named "Liar" which was a praiseworthy song piece for the critics. With the exposure he was gaining, Jack was seen in the red carpet of Teen Choice Awards in 2015 and 2016.

He was slowing being known by the public in social media and soon Jack got in touch with some fellow musicians who shared the same aspiration as he did. They too were posting their songs on the different social media platforms but were struggling. As a matter of fact, Jack and all these youngsters decided to come together in 2016 and named themselves as "Why Don't We".

collaborating and came up with an album titled ‘Only the Beginning.’

The singles of the EP were hugely successful which gave rise to their fame. Due to this, they began touring around the country in 18 states. They had this long tour due to their audiences praising their style, which mixed R&B with Soul genre, which was different than most youngsters were doing then. This helped them to catch the attention of a big music label called Atlantic Recording Corporation to represent them.

The music label contributed in the release of their debut album 8 Letters gained them significant popularity with the songs obtaining an excessive number of views and stream on various digital music platforms.

Jack used to be an active Youtuber. The channel now has amassed a subscriber base of over 207k. Apart from providing vocals to his songs, he plays guitar and piano and at the concerts.

Besides music, he also has a keen interest in acting. Jack intends to do acting. He has already appeared in a short film titled ‘Fearless Five’.

In 2018 Jack just started dating with Gabriela Gonzalez who is a notable Instagrammer who posts about her daily life and travel, mostly involving her family and friends on the beach.

Jack Avery earns from live performances, tours, music sale and YouTube ads. He has an estimated net worth of $500 thousands.