Home gossip Is Lil Dicky Dating a Girlfriend? Find her Affair and Relationship

Is Lil Dicky Dating a Girlfriend? Find her Affair and Relationship 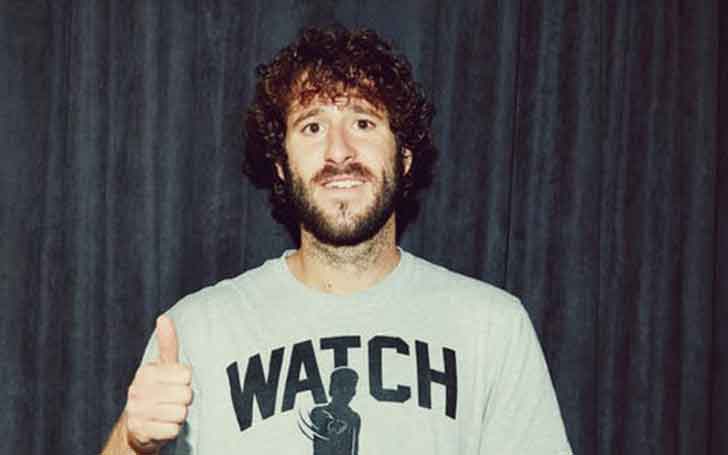 Lil Dicky was born as David Andrew Burd, to a Jewish family on 15th March 1988 in Cheltenham Township, Pennsylvania, US. He was into music since early childhood, when he used to listen to rap and perform in his class.

In an interview, he confessed that he has gone on a casual date with 85 different girls. But, he also claims that he hasn't found his true love yet.  However, he hasn't revealed much about those girls, aside from mentioning that he met them via Tinder. He says that no one has caught his eye yet.

See This: American Internet Personality Shane Dawson's Earning From His Profession and Net Worth He Has Achieved

No, Lil Dicky isn't married. He is single and seeking an ideal candidate to date and marry seriously. He wants to find and marry the right girl at the right time. He is taking sweet time with his decision to find an ideal girl. Lil

Lil Dicky photographed during one of his concert tours

Lil Dicky has revealed that he was in serious relationship with a woman named Molly. But, she broke up with him and married someone else. The reason behind their split was Dicky's extreme dedication towards music, that he began to forget about Molly. Due to his dedication and time he spent on is music, he failed to give enough time to Molly.

One More: American YouTuber iJustine Once Dated Several Men, Now Living a Life Without a Boyfriend?

Although, his former lover moved on and started her life anew, Dicky couldn't move on and do the same with his life.

In 2016, Lil Dicky released his new song 'Molly', showing a man (Dicky himself) attend a marriage of his ex as a guest and pain of seeing her with someone else. The song seems to have been based on Dicky’s real life incident, his ex-girlfriend who got married to someone else.   The song made his fans sad and heart -broken for the pain and loss of his love.

As for why the relationship didn't work out, Lil Dicky raps on the song;

"Wanted you back, but when the fact is that I always put you second to rap/ I'm not mad that you wouldn't come/ And even though I had to move I ain't move on."

So far, Lil Dicky has confessed that he has casually dated 85 girls, based on online dating sites like Tinder. According to him, sometimes girls make the first move to him and sometime he wins some girls.

He has been having casual flings with various girls, but claims that he hasn't found the perfectly ideal girl for serious relationship. He talks with the girl; and  ties to understand and evaluate if she is the one for him.

You Gonna Love This: American YouTuber Trisha Paytas' Career Achievement and Net Worth She Has Managed

He has mentioned that the girl should impress him on their first meeting and prove that she  is the one for him to stay with. He hasn't experienced anything romantic yet even though he is dating for two years.
He is looking for skinny woman who is kind, kindhearted, selfless, romantic, beautiful and who will point out his mistakes, humbly to him.

Dicky is absolutely single, as he hasn't found a perfect woman, despite having gone on date with many women.  Let's hope that he will find perfect one for him to make his life complete and make him forget his painful breka up with Molly.