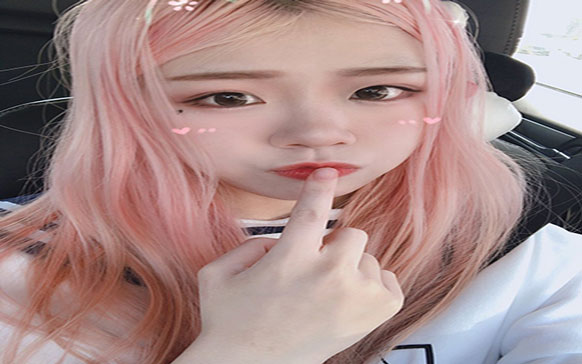 Body and Relation Status of iGumdrp

Jaime Horan , who is popular as iGumdrop on her social sites, is famous as a Twitch Star.

Born on May 11, 1998, in New York, Jaime was ambitious from small age itself and always did editing and would frequently post short animation films on YouTube.

Even though iGumdrop was born in New York, she is of Malaysian descent, as her family was from Malaysia.

The 21, aged Twitch star, birth sign is Taurus and her friend with another famous twitch star, AngelsKimi.

She studied computer science on her school days, but had to left it altar since, she focused more on being Twitch star. Jaime often shares that she wishes to go back to studying Computer Science.

Jaime's first social media network was Twitter and she signed up for the platform in March of 2014. It was after joining Twitter, public started recognizing her.

Jaime Horan/iGumdrop as a Twitch Star

Jaime is famous as a Twitch star and ranks among the list of most popular Twitch star. She has more than 88.3 K followers on her Twitter account through which she shares her animated videos and more than 139 K followers in Instagram.

She considers herself to be very cool twitch streamer as seen on her Instagram bio. In accordance with that, she shares her twitch videos on the official twitch website.

Jaime being a pure Asian, keeps on sharing as to how much she loves Asian culture despite being born in New York.

She is a huge fan of Ramen and other noodles and is often spotted buying ramens in Big marts and the same is shared by her quite frequently on her Instagram.

She is spotted having dinners with her friends, attending Coachella Festival with her squads and going out with her girls.

iGumdrop is dating C9 smoothie and their picture was leaked together on Toast's stream. Smoothie goes by the name Andy Ta on Twitter.

Jaime is often considered as faking herself to be extremely cute and hiding her real age. Jaime keeps sharing her stories in her stream saying how insecure she is because of her height, her body and especially her flat chest.

Though her correct body measurements is not known.

Reports suggests that she keeps on sharing her insecurity through public so that she can have their sympathy and gain more views on her stream.

Here are few of Jaime's most talked controversies.

iGumdrop through her Twitch live stream earns more than 60,000 followers on her Twitch channel.

Likewise she does and carry her business of Twitch through her business based in Los Angeles, California. The agency goes by the name, Daniel Kang, Esports at United Talent Agency, where other twitch stars are also involved doing their business.

Jaime has net worth of around $5 Million.