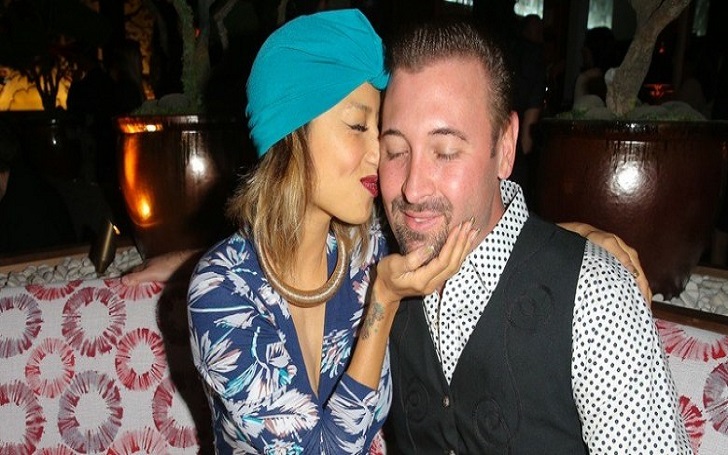 Freddy Harteis is an American host, Actor, Conservationist, Proprietor, and Social Media Personality. He is from Colorado. He is famously known as ex-husband of Jeannie Mai.

According to various sources, Freddy celebrates his birthday on the 12th of May, but his real age has still not been disclosed.

Freddy is of white ethnicity and, was born in Colorado to very supportive parents.

He is the son of, the late Fred Harteis, a globe-hopping, big game hunter. One of his fondest memories is from his last hunt which he had with his father in 2013. “Hunting was not a sport; it was our way of life. I thank God for the years my dad had given me and want others to cherish their time with family as well,” said Harteis.

Freddy, started his career in 2011, as a host for a brand new reality series, “HOLLYWOOD HUNTER” which premiered at 6 on the SPORTSMAN CHANNEL. He hosted the tv show with his then-wife Jeannie Mai, an Asian celebrity who hosted STYLE NETWORK’S, “HOW DO I LOOK”. The series has successfully completed its 7th season and, season 8 is ready to be aired soon.

He has also made several appearances in his wife’s American Talk Show, “THE REAL”, between 2013-2017.

He has also acted for another reality TV show “HOLIDAY FABULOUS”, where he co-stars with actress, Nina Ferrer.

Some More: 35 Years American Comedian Eric Andre Dating Someone or He Is Secretly Married? His Affairs and Dating Rumors

Freddy Harteis, is the proprietor, host and the producer of Hollywood Hunter TV (Sportsman's Channel & Wild TV). The reality junkie must have been able to bag a decent fortune from his television stunt, but still hasn’t revealed any details of his net worth till date, while Jeannie Mai’s net worth is estimated at $1.0 million, so we can assume that he’s net worth can’t be that small.

He owns a lavish home, which he previously shared with his divorcee, Jeannie Mai. The 2400 sq.ft. home, attracted the couple for its cabin-style look, with its wooden paneling and, also dark kitchen cabinets. The ceiling had bird cages which were materialized as chandeliers. While Mai’s office room was decorated in a contemporary style, Harteis’s sitting room was hung with animal heads from around his hunting trips.

Freddy Harteis , reality show has funded many organisations notably, the AMERICAN HEART ASSOCIATION, FATHERS IN THE FIELD, THE WAY OUTFITTERS and THE TIEGEN FOUNDATION . He has raised more than $100,000.00 for these great causes and is on a mission to continue giving back.

He also owns the Harteis Ranch, which he and his father bought in 1995, and built a 9000 square-foot lodge. The ranch was nicknamed, “Ranch O Bella Vista” which translates into “Ranch of Beautiful Views.”

He currently resides in California, Los Angeles with her girlfriend Linsay Toole. The couple together have a baby daughter.