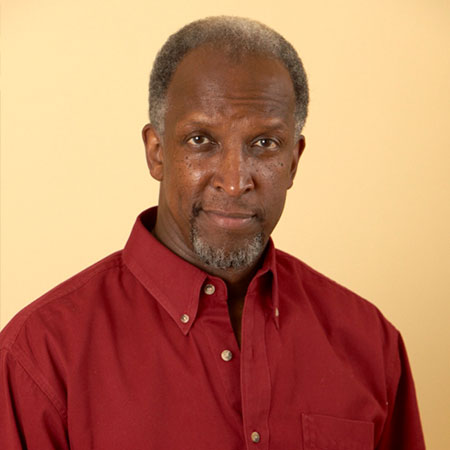 An American actor and voice-over artist recognized for his role in movies such as Full Metal Jacket (1987), Space Jam (1996) and Sudden Death (1995), is Dorian Harewood.

He is the son of Emerson Macaulay and Estelle Olivia Harewood. Dorian Harewood has five siblings who are Emerson M. Harewood, Theolanda Harewood, Philip B. Harewood, Floranne E. Dunford, and Lawanda G. Pitts.

Regarding his educational background, he attended the University of Cincinnati and graduated from the Conservatory of Music in 1972. Besides those, there is no information about his childhood days.

How old is Dorian Harewood?

Dorian was the first cast as Simon Haley (father of author Alex Haley), in the ABC short series Roots: The Next Generations. He is recognized for his role in Full Metal Jacket, also being a character Jesse Owens in The Jesse Owens Story.

He has also a co-starring role in Strike Force (starring Robert Stack), in the television series of ABC Television. On 2012, he is an announcer for NBC. He also appeared as Dr.Julian Wilkes in the NBC TV series titled Viper.

Dorian Harewood is well-appreciated for his contribution and dedication for the industry by every individual in the same profession of him.

Dorian Harewood is one of the greatest personality in the Hollywood industry. So, for his hard work and day and effort for making a good content film and series, he is awarded with various awards. In 1994, he was awarded by NAACP Image Award in the category of Outstanding Actor in a Drama Series, Miniseries or Television Movie.

Read also: British Actress Lauren Cohan's Lifestyle and Net Worth She Has Manged From Her Profession

This award was given for him, for his recurring role as jazz/blues saxophonist Clarence ‘Cool Papa’ Charleston on the NBC drama series I’ll Fly Away. It is sure that industry will never forget his sweat in the soil of Hollywood.

Harewood also played the role of Reverend Morgan Hamilton in 7th Heaven which is a TV series alongside Jessica Biel.

Looking into his love life dairies, Dorian Harewood is married to his wife actress Nancy Harewood. The pair were spotted in various places during their dating periods, but there is no information about their date of relationship and date of getting engaged.

Interested in: British-American Actress Lauren Cohan Not Yet Married? Details of Her Affairs and Dating Rumors

The family is still together living under the same roof sharing their happiness, huddles, and love. There is no news about their divorce and breakup to date.

If we look after Harewood net worth, then it is sure that he is earning a good amount of money from his primary source of income. The bulk of his fortune came from his movies. He has an estimated net worth of $3 million.

Hope that figures saved and earned by him, is enough for him and his family to live a happy and luxurious lifestyle.

For more interesting topic, stay with us: crackday