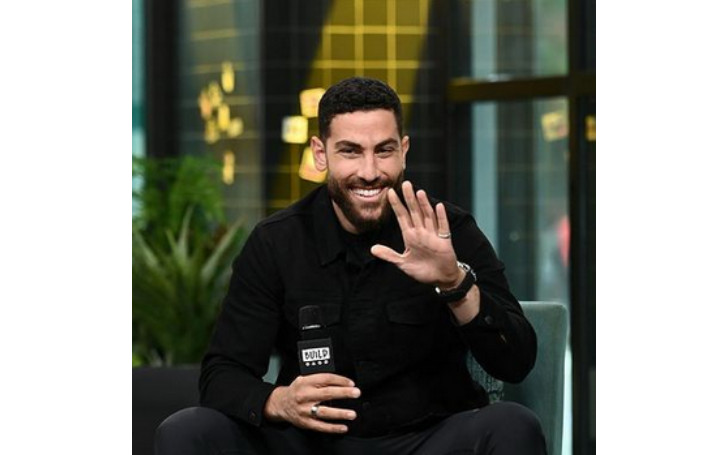 Zeeko Zaki is a talented American actor and model known primarily for portraying the character of a special agent Omar Adom 'O A' Zidan on Dick Wolf's FBI. The 6 feet 4 inches tall model has appeared in many movies and TV shows starting from 2012. He is best recognized as the recurring role of Agent Omar Adom in different FBI series.

Zeeko Zaki was born on 18 January 1990 in Alexandria, Egypt. His parents moved to the United States when he was a month child. His mother had a salon, and his father was a stylist. The 31 years old actor was raised alongside two younger siblings, a brother and a sister. Moreover, the actor visited his grandparents in Egypt during the summer holidays.

Holding American nationality, Zaki was born under the birth sign Capricorn. He studied at Unionville High School. Also, the actor studied at Temple University for some time. The model was interested in acting from his high school days, joining the Community Theatre Group Unionville Players.

Zaki revealed losing 100 pounds weight for his FBI character during an interview. Before losing weight, his weight was 335 pounds. His hard work and dedication to the character can be seen on the screen. Further, he shared tips for losing weight. The FBI star revealed his protein diet and heavy workout experiences, just like Moe Cason.

Is He Married? His Wife?

The TV personality seems to be single at the moment. His current relationship status is unclear. He is often rumored to be gay, but, his sexuality is yet to be revealed.

However, he was romantically involved with Sam Schneiter, an American photographer, businessman and Instagram personality. The ex-duo was seen enjoying each other's company for some time. However, it is not clear whether the celebrity couple is still together or not.

Furthermore, Zaki's past relationships are missing. But one thing is sure that the actor is never married, neither does he have any children. The actor has shared the screen with gorgeous ladies like Missy Peregrym, Alanda de la Garza, Sela Ward, Kathleen Munroe, Anna Diop, Coral Pena and Lauren Graham.

In addition, Zaki is a good-looking guy with brown hair and brown eyes. He is 6 feet 4 inches (196 cm) tall. The actor speaks fluently English and Arabic language. To date, the millionaire personality has not been involved in any controversies.

Zeeko Zaki's net worth is reported to be around $1 Million. However, some tabloids claim his fortune to be around $13 Million with a $400 thousand annual salary. One thing is sure that the actor has earned enough to live a comfortable life.

Zaki is active in social media handles and earns good money through brand endorsements and advertisements. He has 179 thousand followers and his estimated earning per post is $542.25- $903.75. Before his main role in the FBI, Zaki has worked small roles in different movies and TV shows. Also, he portrayed the negative character in Six and 24: Legacy.

Additionally, the actor has collected good money from his involvement in different movies and TV shows like Homeland, Revolution, Under the Dome, The Game, The Inspectors, Six, The Night Shift, Valor, FBI, FBI: Most Wanted, FBI: International, Stuck in Love, Heart of the Country, Max, Allegiant and Escape Plan 2: Hades.