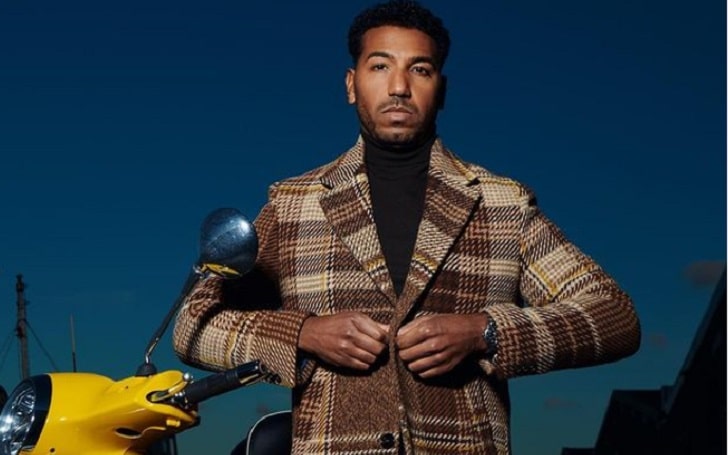 Yasen Atour is a proficient British actor who also has experience in producing and directing as well. The diverse personality is famous for his portrayal in movies like The Witcher, where he played the role of Coen. With more than eight years of involvement in the industry, Atour has amassed a considerable fortune under his name.

Yasen Atour is an actor born on June 30, 1991, making his age 31 years now. He holds British nationality and belongs to a mixed ethnic background. The 6 feet tall actor spent his early days in Morocco.

The passionate actor was interested in acting from an initial age, and he went to the ArtsEd School of Acting in London, where he graduated in the master's program. During his time at ArtsEd, Atour used to get involved in various programs, including Hot Fudge, Rabbit, and Twelfth Night. Apart from acting, the actor loves doing adventurous stuff and is highly skilled in boxing, badminton, football, etc.

Beginning Of His Career

Yasen Atour first came into the film line as a producer, and his first project was Iranglish, released in 2012. In the same year, he also directed a short movie Every Man for Himself. Atour made his debut as an actor in 2013 after portraying Dan in Reload. The actor got more recognition after making his appearance in the tv series Strike Back, where he emerges as Farid.

From 2013 to 2017, Atour got a place in the movies like Reload, Mission: Impossible Rogue Nation, Marcella, The State, and Robin Hood. After that, he worked in various television series, including Dark Heart and Relationshit. In addition, people began to love his acting skills after he appeared as Coen in The Witcher. His latest project is Young Wallander. Apart from acting, he has directed and produced movies like Woburn, If It Bleeds It Leads, etc.

The Witcher alum has worked as a cinematographer in the short movie The Agency, released in 2014. Besides, he is reported to provide personal acting coaching at the Film Club. Meanwhile, Atour has worked with numerous personalities including Hermione Corfield.

The Witcher actor has amassed a massive fortune from his multiple works in the showbiz industry. According to the Net Worth Post, he had a net worth of around $15 million in 2018. So, in 2022, Atour's fortune is surely above that, but the exact amount is still a mystery. Some sources say he now has a net value of more than $5 million.

Some of his movies and their budget and box office collection:-

Apart from his work in the film industry, The Robin Hood star might make money from advertisement and sponsorship deals. As per the Influencer Marketing Hub, his estimated earning from a single post on Instagram is around $91.5 - $152.5.

Take A Look At His Relationship Status

The multi-talented guy, Yasen, seems to be single as none of his recent social media posts hint about his lover. He is pretty concerned about his privacy and does not prefer sharing his personal life in the media. Also, he has never been involved in controversies regarding his past affairs. So, we can say that the multi-talented personality has been enjoying a solitary life for a long time.

However, Atour often gets questioned regarding his sexual preference. Netizens think he is gay, but it is not the fact. The Ben-Hur actor has not responded to any of these claims, so we can say, Atour is straight. Until we find the verified news, we can't point it out to anyone. Moreover, we can find him on Instagram, where she shares something about his ongoing life.