Who is the Father of Sofia Vergara's Son? The Actress Married Twice in Her Life 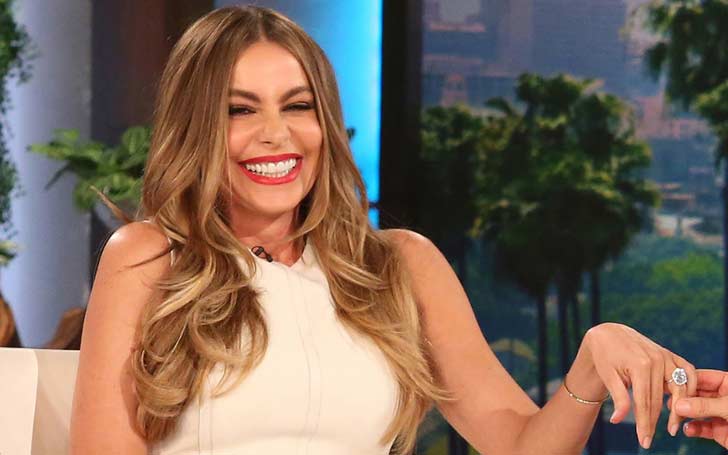 We are living in the 21st century, and we often hear about marriages and divorces, and it has become just common for all. Today we are here to discuss a similar topic. Are wondering about whom we are going to discuss? Well, it is none other than that of a Colombian American actress Sofia Vergara.

Vergara is married twice in her life. She was previously married to Joe Gonzalez and also has a son named Manolo Gonzalez-Ripoll Vergara. Moreover, she is currently married to Joe Manganiello since 2015. Is there are any rumors of divorce between Vergara and her current husband? Scroll down to know details.

After a divorce with her previous husband Joe Gonzalez, the actress Sofia Vergara didn't stay single for long. Well, she dated several popular stars including Tom Cruise, Chris Paciello, and Enrique Iglesias. Moreover, she was also engaged to Nick Loeb from 2012 - 2014.

However, after a divorce and several breakups, Vergara is finally married to her second husband, Joe Manganiello. The duo began dating back in 2014, and after dating for six months, they decided to take their relationship to the next level and finally engaged on Christmas Day in 2014.

And after few months of their engagement, the couple tied the knot on November 22, 2015. They held a lavish wedding ceremony in Florida. In 2017, the couple was rumored to be getting divorced because of the alleged affair. But both the couple denied it and they took to social media to shut down the rumors and slam the editor.

One of the renowned actress Socia Vergara was previously married to Joe Gonzalez. Vergara and Gonzalez were the high-school sweethearts. The couple tied the knot in 1991 at the age of 18. The couple also has a son named Manolo Gonzalez-Ripoll Vergara born on September 16, 1992.

Sofía Vergara and Joe Gonzalez on their wedding

During the birth of their son, Vergara was only 20 years old. As we know that things won't be the same as we think and want. Well, the same thing happened in the life of Vergara and her husband, Gonzalez. The things didn't go well in between the couple, which resulted in their divorce.

Instagram: Sofia Vergara with her son Manolo on graduation

The couple divorced just after two years of their marriage in 1993. Although they are already divorced, In 2015, both of them attended the graduation of their son at Boston’s Emerson College. The 45 years old renowned actress Vergara attended her son's graduation along with her present husband Joe Manganiello and her ex-husband Joe Gonzalez.

Instagram: Sofia Vergara on the graduation of her son along with her husband and ex-husband

Vergara shared several beautiful pictures of her son's graduation on Instagram. It seems that Vergara is still close with her ex-husband Gonzalez even after their divorce. Whatever it is, we wish Vergara a successful career and happy married life with her husband Manganiello.

You'll Love This: American YouTuber Trisha Paytas' Career Achievement and Net Worth She Has Managed