Home gossip Who Is Skyh Alvester Black Married To? Who Is His Wife?

Who Is Skyh Alvester Black Married To? Who Is His Wife? 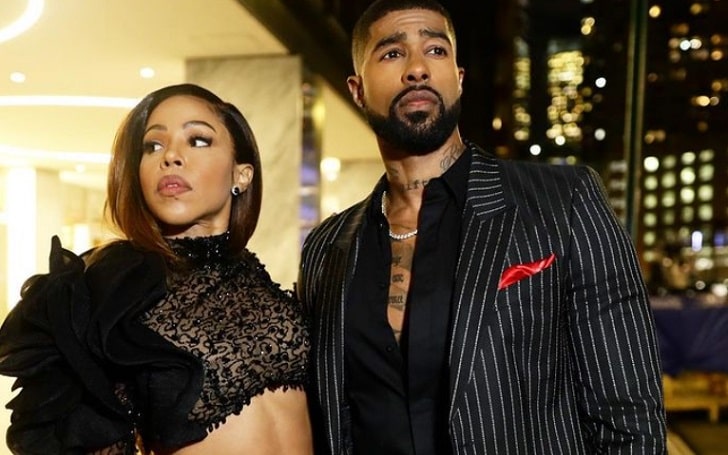 Skyh Alvester is the Silver Telly Award-winning actor famous for appearing in Sistas, Black Monday, and All the Queen's Men. From dancing for Beyoncé to tackling bouts of homelessness and transitioning into the acting world, the passionate actor is famous for his diverse roles in films.

Well, Alvester caught the media's attention for his relationship with fellow actress KJ Smith. Wedding bells are in the future for the couple as they got engaged during the Christmas holiday back in 2021. Get to know more about his relationship and wedding plans below:

Starting with Alvester's personal life, he is yet to tie the knot with KJ Smith. But they are already engaged, and the wedding ceremony may happen in the upcoming time. Talking about their romantic life, the love birds made their relationship public on September 7, 2021.

First, they shared pictures together in Miami, holding hands and staying close to one another. Since the images were shared, both of them reposted messages of excitement from fans about their couple appearances in their Insta Stories. As per a report, the couple has been together since January 2021.

A Look At Skyh's Engagement With KJ Smith

After dating each other for some time, Skyh kneeled down with an engagement ring for Smith. The pair celebrated the Christmas holiday of 2021 in their home state of Florida, Miami. And their holiday became more interesting after getting engaged in front of family and friends.

The loving moment happened on December 29, 2021. Furthermore, the couple has explored different places together. Despite being engaged for some months, they have not announced their wedding date yet.

Alvester's future wife, KJ, is a talented actress and model who has been in the entertainment industry since 2009. Besides getting fame for her personal life, the model is also recognized for her work in numerous films and television series.

Her notable roles are Real Husbands of Hollywood, Whitney; I Got the Hook-Up 2, Survivor's Remorse, and Family Time. Talking about Smith's husband-to-be, Skyh is also an established personality in the showbiz industry. In those projects, he has worked with various figures including Robin Thicke and Dondré Whitfield.

The multifaceted dancer, singer, and actor has performed with heavy-hitters like Beyoncé, Rihanna and Mariah Carey. After taking drama classes at the advice of his music manager, Skyh discovered that acting became therapy for him. So, now he has established his name in the entertainment field.

How Rich Is The Alvester Couple?

The Sistas star has surely added a good sum of money to his name from his multiple works in the entertainment industry. As per various online sites, Skyh's worth is somewhere between $500,000 to $1 million. Apart from her movies and television series, he makes a good sum through sponsorships, commercial ads, and endorsement deals.

As per the Influencer Marketing Hub, Skyh usually earns around $1,413.75 - $2,356.25 per sponsor post from her Instagram. Similarly, his fiance, KJ, also makes a good profit from her involvement in the film line. As per Wiki.NG, her net value is around $11 million. So, the happy pair surely enjoys a quality life, and their wedding may be held in a lavish ceremony in the future.