Home gossip Who Is Benjamin Hollingsworth Married To? His Wife And Children

Who Is Benjamin Hollingsworth Married To? His Wife And Children 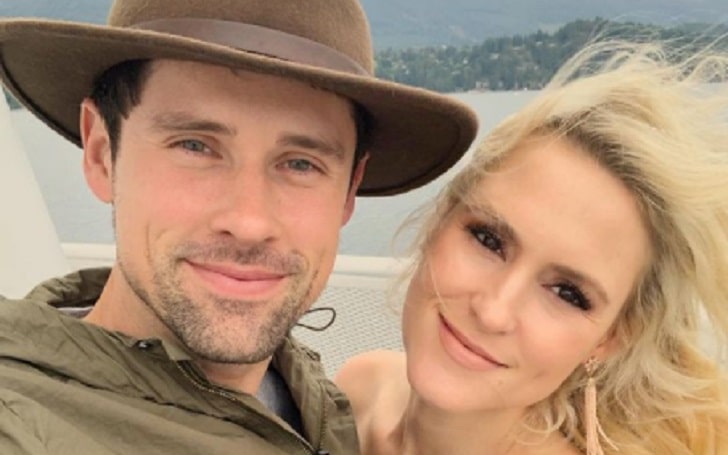 Benjamin Hollingsworth is a famous Canadian actor who is famous for portraying the role of Dan Brady / Brady in Netflix's hit show Virgin River. Some of the other casts of the respective show are Lauren Hammersley, Zibby Allen, and Teryl Rothery. The famous actor is a married man.

The 37-years aged Benjamin is leading a blissful married life with his wife, Nila Myers. How many children do they have? Find everything below:

The 37-years old actor is happily married to his wife, Nila Myers. The couple for two years before tying the knot on November 10, 2012. The Virgin River alum proposed to Nila after two years of dating on September 7, 2012. He proposed Myers during his 28th birthday over dinner at Brix, an Italian restaurant and wine bar in Vancouver, British Columbia.

Since then, the romantic birds have been together with each other in their every part. They are also the parents of three children. The duo welcomed their first child, son Hemingway Nash on July 3, 2016, second son Gatsby Willem, on March 16, 2018. Likewise, Nila became the mother of a daughter on October 15, 2020.

How Is His Married Life Going Now?

The happy family of five reside in Los Angeles, CA. The duo is still kicking their marital life joyfully. Hollingsworth uses Instagram to share various cute moments with his wife and kids.

Talking something about Myers, she is a lingerie designer and Bar Method teacher by profession. She is having a good moment with her family and often updates her ongoing life through her Instagram handle, where she is registered as @nilababy.

Since 2003, Hollingsworth has been actively engaged in the showbiz industry. He made his debut after landing the role of Honeymooner in the tv movie, The Music Man. He also gained fame for playing in the CBS series Code Black.

The actor graduated from the National Theatre School of Canada (NTS), a prestigious three-year acting conservatory program in Montréal, in 2006. Suits alum has a pretty comprehensive and diverse background in his career. So, Hollingston also received a nomination for the Golden Maple Awards for his appearance in Code Black.

Between 2007 and 2009, Hollingsworth landed some small TV roles on shows such as Degrassi: The Next Generation, Trapped, and Heartland. After that, he started appearing in popular television shows such as CSI: Miami and Suits.

How Rich Is The Virgin River Actor?

Well, the multi-talented actor has been present in the film industry for many years. Being a well-known actor, he has surely earned a huge fortune. The Idol Net Worth reports his net worth to be over $1 million. Additionally, the average salary for an actor in Canada is $99,174 a year.

On the other hand, his wife also makes a fair sum of money as a designer and teacher. As per a source, the average salary of a lingerie designer in Canada is $25,565 per year or $13.11 per hour. So, she must be earning in the same range. Undoubtedly, the happy couple lives a lavish life with such a massive earning.