Home gossip Where Is Sydney Brooke Simpson Now? Her Relationship And Dating History

Where Is Sydney Brooke Simpson Now? Her Relationship And Dating History 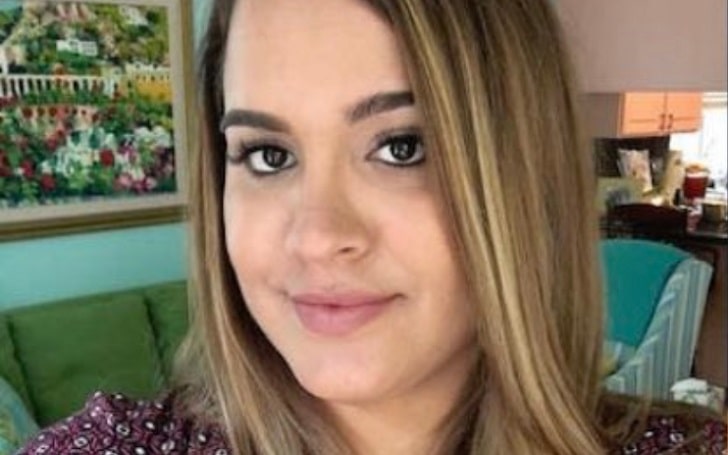 Sydney Brooke Simpson is the star kid famous as the daughter of American former football running back O.J. Simpson and his late wife, Nicole Brown. Her mother was found dead, and authorities arrested her dad for his apparent involvement, which made headlines on the international media.

After her mother's death, Sydney vanished from the media and has not come forward for a long time. Due to this reason, people got more curious to know about her ongoing life. Is she dating someone? Find out everything:

Sydney now resides in Los Angeles, USA and runs her own business. Besides, she graduated with a B.A. in Sociology from the school's College of Arts and Sciences. And after graduating, Simpson lived in Atlanta, Georgia, for some time.

The star kid is now busy with her work. However, she has preferred keeping herself away from the limelight. She also does not have any official profiles under her name on social media platforms.

Is She Dating Someone? Relationship Details

Entering the topic, Simpson has been linked romantically with several people. But we can't say whether she is dating or married to someone. Also, some sources claim she is a single lady focused more on her work. Until and unless Simpson herself talks openly about her life, it will be a mysterious topic to all of us.

Apart from that, a report showed she was dating Robert Blackmon, then-St. Petersburg City Council candidate and real estate investor. Later, they stated they were just friends, but their closeness left many people to think about their relationship.  It isn't easy to know about her ongoing or upcoming love affair as she lives a low-key life.

The mother of two children, Nicole Brown, was found dead outside of her Brentwood, LA home on June 12, 1994. She was not the only one to die as authorities found her alongside her friend Ron Goldman with multiple knife wounds.

After some investigation, officials arrested O.J. Simpson and charged him with both murders; however, his charges were acquitted by a jury following a long trial. During the period, Sydney was just 8 years old, and her brother, Justin was 5 years; both of them were asleep.

Her parents were divorced before Nicole's death. O.J. and Nicole cherished their wedding life from 1985 to 1992. They even tried to revive their relationship; however, it didn't work as obvious.

Short Details On Her Age and Family Background

On October 17, 1985, Sydney Brooke Simpson was born in the United States of America to her parents, O.J. Simpson (father) and Nicole Brown Simpson (mother). Sydney is not only the child of her parents as they gave birth to another child, son Justin Ryan Simpson, in 1988.

Sydney falls under the Libra birth sign and has a decent height of 5 feet 8 inches. Apart from that, she has three half-siblings, Arnelle L. Simpson, Jason Lamar Simpson, and Aaren Lashone Simpson, her father's previous marriage with Marguerite L. Whitley.

On the other hand, the star kid has faced various deadly incidents at a very young age. Her youngest half-sibling, Aaren, passed away after drowning in a family swimming pool in August 1979. At that time, he was just two years old.