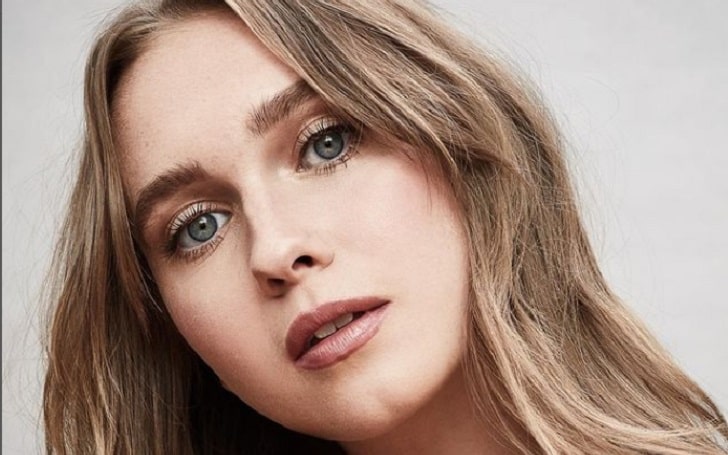 Rising star Veronika Slowikowska is a Polish-Canadian actress who came into the public's eyes after appearing in the hit television series What We Do in the Shadows, where she appeared as Shanice. Not only that, but the young actress also emerged in Netflix's Degrassi: Next Class, which helped her gain more fame.

Age And Birthday: Her Educational History

The actress and performer Slowikowska was born in Poland to her parents. She was raised in Barrie, a city just over 50 miles north of Toronto. She has a sister Hanna Slowikowska. Her parents, Polish immigrants, always supported her.

Veronika is in her mid-20s, but the actual age and birthday are still a mystery to the public. She had a passion for becoming an actress early and started studying singing and acting early on, eventually joining the Ontario Children's Choir, where she excelled with her exceptional vocals and love of music.

After that, she moved on to enroll at Randolph College for the Performing Arts and Second City Conservatory, where she showed her chops at improv and comedy. Slowikowska graduated in 2015, and upon graduation, she began getting involved in the big screen.

After graduating, Slowikowska starred in productions like Spring Awakenings, Footloose, and Rocky Horror Picture Show. Her debut project came in 2016 when she arrived as Katie Poirier in the tv series documentary See No Evil. In the same year, she also appeared in Viable.

Further, Veronika caught the eye of casting directors who had worked in various hit movies and series. So, in 2017, she got a chance to work in Netflix tv series Degrassi: Next Class. In the series, she can be seen as Marjorie. Between 2017 and 2018, the Viable cast emerged in Sad Kids, Greta Follows Rivers, Hector, & Dawn Hughes and the Rise of Eve Fantastic.

Moreover, her breakthrough came in 2019 after Slowikowska portrayed Shanice in FX's hit comedy-horror series What We Do In The Shadows. Similarly, the talented actress later worked in Baroness Von Sketch Show, Murdoch Mysteries, Internet II, Clarice, and Nurses. Currently, she is also working on her upcoming project called Mayonnaise.

The young actress is single, and her recent social media posts do not suggest anything about her love life. So, it can be said that Veronika is currently single. Her Instagram bio says she is a little girl with big dreams.

Furthermore, Slowikowska has worked alongside various male artists, including John Ralston. She is not involved in any controversy regarding her romantic affairs. Degrassi: Next Class alum is a bit of a private nature who prefers keeping her personal life far from the public eyes.

While surfing around the actress' Instagram, she shares pictures with her friends. We can follow her to get more updates about her coming life. Likewise, the singer also Facebook to keep updated with the online world.

Degrassi: Next Class star has amassed a considerable fortune from her work as an actress and performer or singer. Reportedly, she is estimated to have a net worth of around $100,000. In Canada, the moderate pay for an actress is approx. $98865. So, the actress might be earning in the same range.

On the other side, Becoming Alex cast also generates profit from being a singer. And the average salary of a singer is $91,309 a year and $44 an hour. Likewise, she has starred in several series that has collected huge profit. Her notable role in television series like What We Do in the Shadows and Degrassi: Next Class must have paid her well.

Moreover, What We Do in the Shadows had a budget of $1.6 million, and it collected the box office of $7.3 million. Apart from that, Slowikowska might earn some cash from advertisement or endorsement deals.