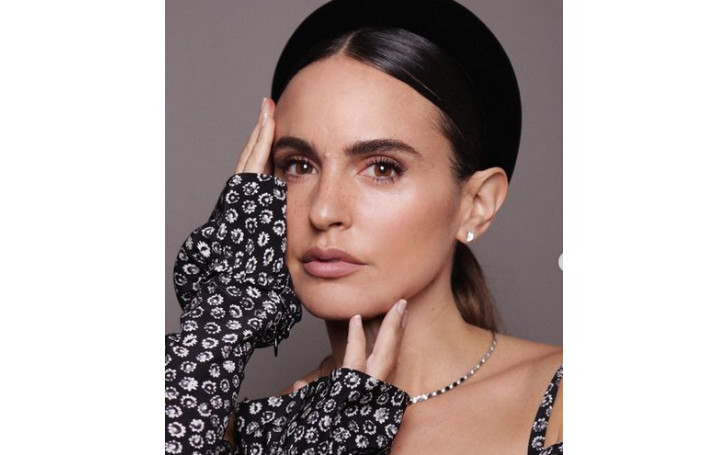 Veronica Echegui is a popular Spanish actress, just like Eva Santolaria. She is the winner of multiple awards, including the Barcelona Films Award 2006. The 38 years old actress is known for her acting skills in My Name Is Juani. Regarding personal life, the actress enjoys a long-time relationship with Spanish actor Alex Garcia.

What Is Her Age? Short Biography

Veronica Echegui is currently 38 years old. She was born on 16 June 1983 in Madrid, Spain and spent her childhood in Madrid with her loving parents. She was born to a lawyer father and civil servant mother. However, the details regarding her siblings are yet to be revealed.

Holding Spanish nationality, the actress was born under the birth sign Gemini. The actress has been interested in the showbiz industry since she was eight. However, her parents didn't support her to be a part of the movies. Rather they wanted her to follow a study career. My Name Is Juani alum actress moved to London and studied at the Royal Academy of Dramatic Arts. Also, she worked as a waitress and as a dog walker before her acting career.

Te 38 years old actress is a beautiful lady with brown eyes and brown hair. She stands at about 5 feet 9 inches (177 cm) and has about 55 kg weight. Her body measurements are 34- 24-34 inches. She is active in social media and often shares her details with her followers on her Instagram account. In addition, Echegui has good knowledge of Spanish, Italian and English languages.

Her Relationship With Alex Garcia

Veronica is in a long-time relationship with her boyfriend Alex Garcia, a popular Spanish actor. The duo has been enjoying each other's company since 2010. The couple hasn't been involved in any controversies regarding their relationship to date. However, there is no information about their wedding plans. Also, the duo doesn't share any children.

Alex Garcia is a popular Spanish actor known for appearing in the 2015 film The Bridge. Further, the Goya Award-nominated actor has acted in movies and TV shows like If I Were Rich Man, The Wedding Unplanner, Riot Police, La Novia, Litus, Solo una vez, 6 Points about Emma, Unknown Origins and more.

The Spanish personality has been active in the showbiz industry since 2003. The actress started her acting career officially in 2006 with the film My Name Is Juani. The movie was a commercial success, and her acting skills got appreciated. She was nominated for Goya Award for being the best debut actress.

She is the part of movies, and TV shows like Los pacientes del doctor Garcia, Book of Love, Intimidad, More the Merrier, 3 Caminos, My Heart Goes Boom!, What Is Love, Trust, The Hunter's Prayer, Let Yourself Go, Family United and Black Listed.

Veronica Echegui's net worth is reported to be above $ 1 Million. Her major income source is her acting career. The actress has earned a considerable amount for being the producer. As per her IMDb profile, she has 50 acting credits.

The Let Yourself Go alum earns from advertisement, brand endorsements and social media presence. She has 107 thousand followers on her Instagram account as of now and her estimated earning per post is $321- $535.

On the other hand, her partner, Alex Garcia, has around $1 Million. However, some tabloids claim him to have around $13 Million. He has earned major of his fortune from his acting career.