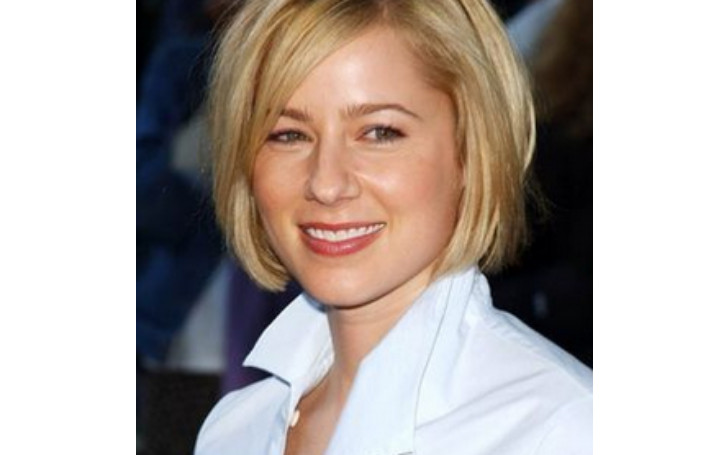 Traylor Howard is a popular American actress known for her amazing acting skills on small and big screens. She is better recognized as Sharon Carter from the TV series 2 Guys and a Girl. Howard is also famous for portraying the character Natalie Teeger in the series Monk. She also has music videos credits.

The actress holds American nationality and belongs to the White ethnicity. She was born to parents, Robert M. Howard and Peggy E. Traylor. Her father, Robert, is a Jr. President of the Howard Fertilizer and Chemical Company.

Talking about her educational qualifications, she attended Lake Highland Preparatory School in Orlando, Florida. Later, she joined Florida State University for higher studies. She graduated with degrees in Communication and Advertising. Also, she is reported to study a minor in English.

Howard is currently living a happy married life with her husband, Jarel Portman. The couple tied the knot in 2011 and is happy together.

Before Jarel, she was married twice. She exchanged the vows in 2003 with Christian Navarro. The ex-pair had a short journey together. They legally divorced in 2006.

Actor Cameron Hall is reported to be her first husband. They got married in 1991. Sadly, they got divorced after two years in 1993.

The actress is a mother of two children. She welcomed sons; Sabu, born on 24 November 2006, and Julien, born in 2012. It is reported that both of her sons are from different partners.

The Dirty Work actress stands at the height of 5 feet and 4 inches. She weighs around 50 kg. Further, she has blonde hair and green eyes.

Howard is living a luxurious life with her family. She is living a high-profile life with a net worth of around $3 Million. Further, she has a 2-bed room, 2-bathroom house in California which she bought in February 2005 for $1.18 Million.

The actress has earned major of her fortune from her involvement in her acting career. Jarel Portman's wife has been active in the acting field since 1994.

Also, read the articles of Chet Hanks and Naz Norris