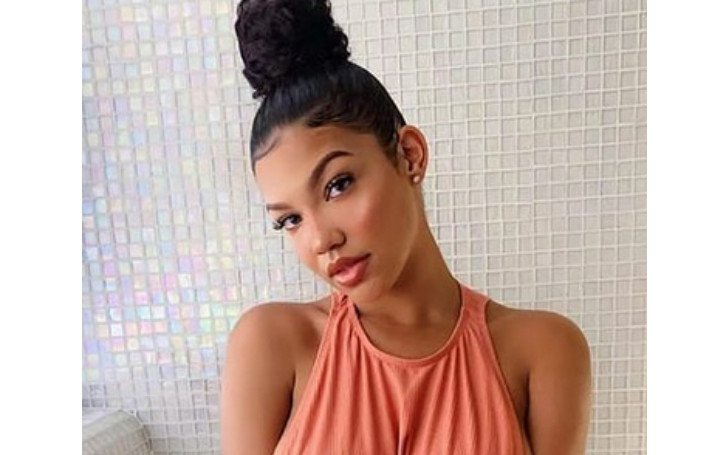 Tiona Fernan is a social media star from Curacao. She is an Instagram star with more than 27.3 thousand followers on her Instagram account. Previously, she had more than 1 Million  followers on her IG handle, which got disabled. The internet personality grabbed attention for her modeling career and makeup tutorial videos. Besides, she is the ex-girlfriend of Soulja Boy, an American rapper and record producer.

What Is Her Nationality?

Tiona Fernan was born on 3 August 1998 in Curacao. As of 2021, she is 23 years old. She holds Dutch nationality and was born under the birth sign Leo.

She was raised alongside her sibling sister, Taixa. The model spent her childhood on the Caribbean island of Curacao. However, the information regarding her parents is missing.

The social media star is 5 feet 7 inches tall with moderate weight. She has black color hair and brown eyes. The model has an attractive look. She has gained massive followers with her charismatic appearance.

The internet personality uploads makeup tutorials and is famous for her idea of an easy, simple, and quick look. She started her Instagram account in 2013. With her glamorous looks, she gained popularity in a short time. Similarly, she started her YouTube channel in 2016.

The YouTuber made news headlines for her opinion on plastic surgery. When asked if she had done plastic surgery, she replied that every part of her body is natural. She has never gone under the knives; however, she is not against plastic surgery.

Also, Fernan is a model for the brand Fashion Nova. She has posted many pictures from her modeling projects.

The 23 years old model is currently single. She isn't dating anyone, and there is no rumor of her being with anyone. However, she once dated Soulja Boy, an American rapper. The exact reason for their separation is under the curtain, however, the rapper was accused of cheating the model.

The rapper was born on 28 July 1990 in Chicago, Illinois, US. He started his career in the showbiz industry in 2004. His music credits are All Black, The Gold, King Soulja 3, King Soulja 4, Swag 3, I was the first rapper, Pretty Boy Swag, Kiss Me Thru The Phone, She Make It Clap, and more.

Besides Fernan, the rapper once dated British William, Nia Riley, Rubi Rose, Katrine Steffans, among others.

She Is A Millionaire

Tiona Fernan's net worth is reported to be around $1 Million. With her glamorous looks and huge popularity, she has made good money in a short time. As an internet personality like Brooke Houts and Yadira Borrego, she earns enough to maintain a comfortable life.

Talking about the riches of her ex-boyfriend, Soulja has around $30 Million which he has gathered from his successful music career.