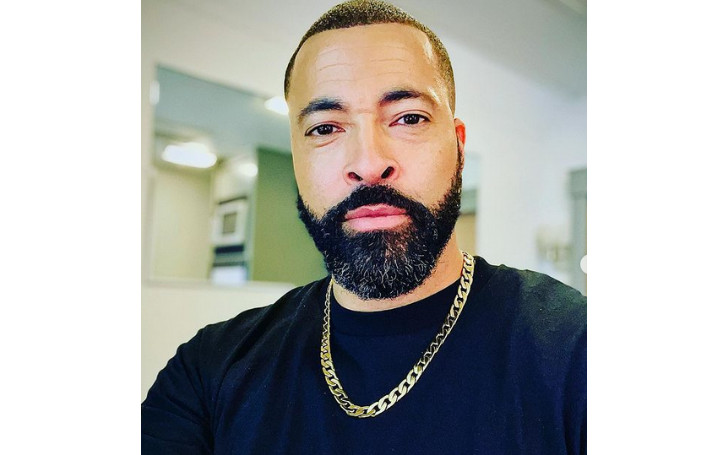 Timon Kyle Durrett is a popular American actor best known for his appearance in the hit TV series Queen Sugar as Davis West. Besides, he is a producer, activist, author and artist. Similarly, he is recognized for his movies and TV shows like Stuck With You, 72 Hours, Professor Mack, Single Ladies Single Ladies, and more.

Timon Kyle Durrett was born on 12 July 1973 in Chicago, Illinois, the United States. The 48 years old actor holds American nationality and belongs to the Black ethnicity.

The actor spent his childhood on the southside of Chicago. He was raised alongside seven siblings; five brothers and two sisters. The details of his parents are missing.

Talking about his educational qualifications, he studied at Fenger Academy High School and later attended Alcorn State University. He is a graduate with a B.A. in Communications. Also, he used to play basketball in his college team and is a member of Phi Beta Sigma Fraternity.

The Queen Sugar actor stands at the height of 1.95 m (6 feet 3 inches tall) and has a moderate weight. He has black eyes and black hair. The multi-talented personality is fond of bodybuilding.

Is He Married? Who Is His Wife?

Just like how Stuck With You star kept everything of his current relationship status away from the media, his past affairs and relationships are also not disclosed.

Davis West of Queen Sugar started his showbiz journey in 1999. Durrett was interested in acting, so he moved to California from Chicago upon graduation

His movies and TV shows are Deep Passion, The Teach, Like Mike, Platinum Playaz, The Young and the Restless, Choker, Severed Ties, Heroes, Samantha Who?, Ghost Whisperer, Zodiac Sign, Professor Mack, Everyday But Christmas, The Fix, and more.

The 48 years old actor is known for appearing in the hit TV series Queen Sugar as Davis West. The drama series first aired on 6 September 2016 on Oprah Winfrey Network. The show is rated 7.6 by IMDb.

He Is A Millionaire

Timon Kyle Durrett's net worth is reported to be around $3 Million. His major income source is his acting career. The median salary of an American TV actor is $90673, so, he must be getting the same range.

Further, the actor is a writer of the book Who The Hell Do I Think I Am? A Brief And Candid Assessment Of Oneself published on 9 December 2014.It costs $5.99 on Amazon.