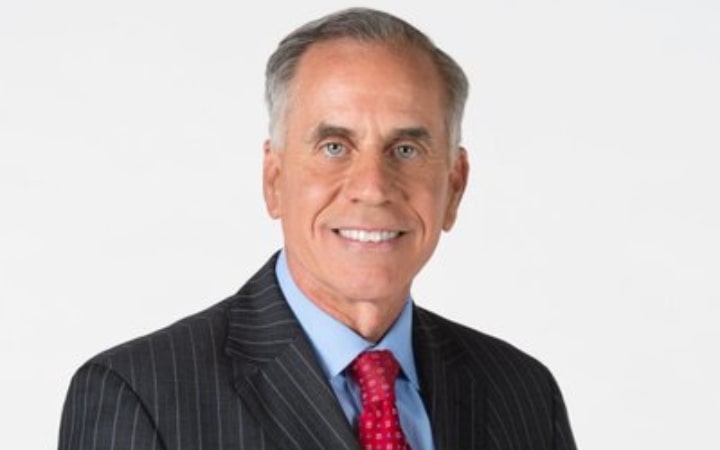 Apart from that, Kurkjian frequently appears in various shows, including The Dan LeBatard Show and The Tony Kornheiser Show.

What Is Tim Kurkjian Salary? Net Worth In 2021

As per the Celebrity Net Worth, his salary is $400 thousand. Kurkjian has garnered a huge fortune from his profession as a sports columnist. Surely, ESPN's analyst has received a great amount of money by covering baseball news since 1979.

After a decades-long successful career, the 64-year-old has earned an impressive net worth of an estimated $2 million.

Formerly, Kurkjian had served in other news and television from where he might have gained some profit.

Meanwhile, the average salary of an analyst in America is $71,578 per year. The earnings vary according to experience and talent, so he must have earned over the average wage.

Insights On His Childhood

Tim Kurkjian was born Timothy Bell Kurkjian in Bethesda, Maryland, the US, on December 10, 1956. His parents are Badrig Jeff Kurkjian and Joyce Joy Kurkjian.

From an early age, Kurkjian used to play baseball and involve in various other sports. Moreover, he went to the Walter Johnson High School in Bethesda and played on the school's basketball and baseball teams.

Further, he started writing for the student newspaper, The Pitch, etc., and his interest in journalism grew up. After graduating in 1974, he professionally got involved in this field.

Entering his personal life, the MLB analyst Kurkjian is a happily married man. He shared his wedding oaths with his beloved wife Kathleen Patrick, a lawyer, on November 26, 1983.

They are blessed with a daughter, Kelly, and a son Jeff. The former works at a marketing agency, and the latter hosts Jeff & Aimee in the Morning on KCYE radio in Las Vegas.

Both of their children are graduates of Syracuse University.

Is He Related To Steve Kurkjian?

They are cousins, and Stephen is an American journalist and author who is also recognized as Steve.

Meanwhile, the Baseball Tonight analyst does not have his siblings.

Moving towards his online presence, Kurkjian is a verified user of Twitter as @Kurkjian_ESPN.

He has been active on this platform since March 2011 and has gathered more than 698k fan followings.

As an author, Kurkjian wrote for various news and television. And his first book, named America's Game, was published in 2000.

Furthermore, he is also a contributor to ESPN The Magazine and ESPN.com.