Home gossip The Reason behind the break up between Megan and Tiffany. Know their dating history

The Reason behind the break up between Megan and Tiffany. Know their dating history 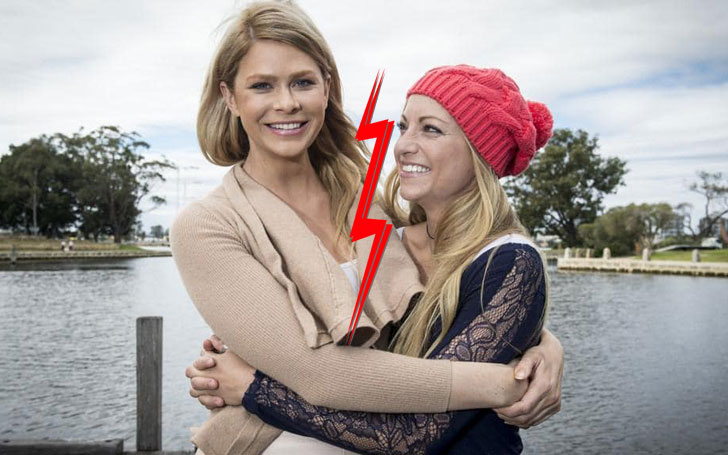 Our new generation has changed as they are having unique and different love relationships which really challenge the past generation. Today we are presenting you all about the relationship between Tiffany Scanlon and Megan Marx, a homosexual pair. This sounds really awkward but it's true, they were in a relationship.

Well, these two couple Tiffany Scanlon and Megan Marx, first met in the show of  The Bachelor(also known as The Bachelor Australian ), which is an Australian adoption of the U.S. series of the same name.

They both appeared as a contestant on The Bachelor and began dating from October. Their relationship was moving such a great level that they got designated as 'The Couple of the Year' by Maxim magazine too.

These couples were so crazy in love that they express their feelings in their official Instagram page with different captions such as "my favorite person" and "there are many things that I love, but this is one" and also admit they met in a strange situation.

And these couples are spotted at the different bitch and have photos. Let's have a look...

Are Tiffany Scanlon and Megan Marx a perfect couple?

As per the source, they are really a perfect couple and have a good relationship with each other. Being a homogeneous pair, they have lots of people on their side who were a same-sex couple supporter and wish them positive messages and best wishes for their successful relationship.

Also, Megan Marx confirms their relationship with Tiffany Scanlon on Instagram as she turns 30 on Monday with an emotion post 'I love you'. WOW...

I met Tiffany in a very strange situation. Well... we were kind of dating the same guy. And it was filmed and put on TV ??. From that first cocktail party, it was like this instant calibration between souls, as if we had known each other once before. Friendship ripened into something bolder, trust in a very strange situation was formed, and now every adventure we have rivaled the other- and continues to make plans for itself. Yesterday I flew this beautiful woman to The Abrolhos islands for her 30th birthday! I have to admit that I felt so so proud to be with her, my favorite person, celebrating such a momentous occasion on the water- a mutual love of ours. She is so confident in the ocean and in every adventure as if every new experience is a winning of the lottery somehow; a chance to grow and learn and develop. To Tiffany, experience wins over the worldly acquisition of 'things' every time- and I think this is why she is so open-minded, so accepting of others, so fun and so at ease with letting winds blow her towards a variety of opportunities. She's helped me to disintegrate many of the ideas I've had that were harmful (about relationships, about career and 'stability') and for that, I feel set free. Thank you for always asking questions (detective Tiff), for being curious about people, ideologies and the universe; for loving people with such a wholesome love that I don't know if I would ever be able to emulate. It inspires me. Happy Birthday, Tiffany. I love you.

The reason behind their Tiffany Scanlon and Megan Marx breakup

Hope you are curious about the breakup between Tiffany Scanlon and Megan Marx. Isn't it?

Well let me tell you first, no one knows the reason behind their breakup until they were moving to Bali to start their life and Scanlon admit that she start getting panic attack accompanied by anxiety.

And then they both realized that they were unhappy in the relationship. Finally, they decide to apart because of their simple mutual misunderstanding as they found that they lost their sense too.

In this way, this couples has been splitting since last four weeks and giving each other some distance and space for a new beginning. Well wish them a good luck and best wishes for their new relation and waiting, Tiffany Scanlon and Megan Marx upcoming relationship news and views.