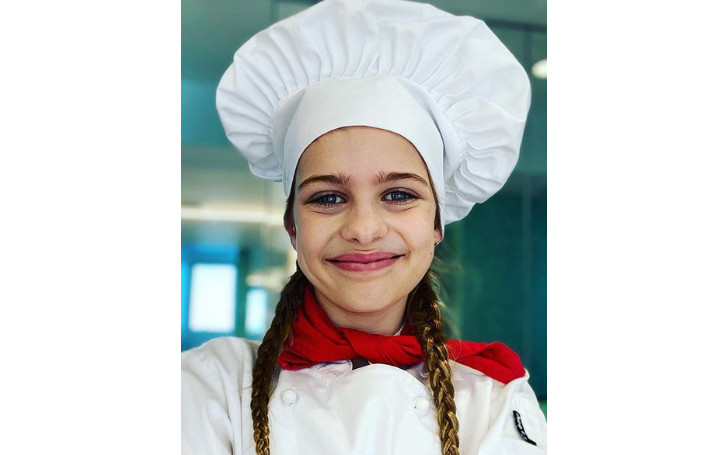 Sockie Norris is a popular Australian YouTuber who posts vlogs related to kid's games, skits, adventures, cooking videos, skateboarding, surfing, and challenges. She also often posts videos of her family on YouTube channel. Besides, her parents are former American swimmers.

When is Her Birthday?

The YouTuber was born on 13 March 2007. As of 2021, she is 14 years old. She holds Australian nationality and belongs to the White ethnicity. Her birth sign is Pisces.

Sockie was born to parents Justin Norris and Brooke Norris. She was born as the second eldest child of the Norris family.

Her parents are former Australian swimmers. Her father is best known for his butterfly style and individual medley swimming.

The social media personality is being raised alongside her siblings, Biggy Norris, Disco Norris, and Naz Norris.

The internet personality is a school kid trying her best on the YouTube channel of her family. She is just 14 years and enjoying her childhood.

Talking about her parent's relationship, both of them come from swimming backgrounds. Maybe they met during their swimming career.

The YouTube star's real name is Cerrus Norris. It is reported that she didn't like her birth name, and the name was changed later by her sister, Sabre.

The fourteen-year-old YouTuber is a confident child with a good knowledge of acting and the entertainment industry. Some sources reported that she has high prospects of being a successful sportsperson in the future.

The young athlete is a beautiful girl with brown eyes and dark brown hair.

Sockie's Net Worth and Lifestyle

The internet sensation is living a luxurious life with her family. Her lavish lifestyle can be seen in her social media handles.

Sockie, along with her parents and siblings, appears in different videos. Her videos are famous among all age groups. She is estimated to have around $100000 net worth.

As per the latest survey, the Norris family has a net worth of around $21 Million. They have a high-profile life with all the luxuries and comfort.

Also, read the articles of Connie Kline and Fergie Olver