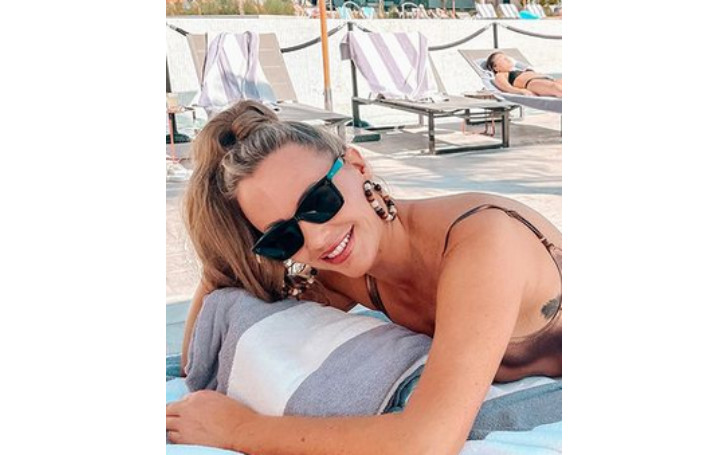 American YouTuber, author, and TV personality Shallon Lester has been known for her YouTube appearance since 2006 and now has about 350 thousand subscribers with more than 77 million views. Similarly, she is also known for her previous relationship with Joel Lindpere, an Estonian football coach and former football player.

Shallon Lester Age: When Is Her Birthday?

Shallon Lester's age is 41 as of 2022. She was born on 23 January 1981 in Irvine, California, United States of America. Her birth name is Shallon Nadine Lester. However, she hasn't revealed her parents and siblings.

The author holds American nationality and was born under the birth sign Aquarius. She has dark brown eyes and brown hair. Further, she stands at 5 feet 5 inches.

The YouTuber hasn't revealed her educational qualifications; however, she seems to be a highly educated woman as she has great writing skills. Also, she had previously worked as a deputy editor of Star Magazine.

Who Is Lester's Husband? Her Relationship Status

The television personality is currently single. Lester hasn't revealed her relationship with anyone. Also, there is no rumor of her engagement or marriage.

Previously, she was in a relationship with former soccer player Joel Lindpere. However, the details of whether they were only dating or tied the knot is still a mystery. Joel is the father of Juan Lindpere (son); however, his baby mama is unknown.

Also, the actress was once rumored to date Michael Blaustein. But they never confirmed the relationship.

Lester's ex-partner, Joel Lindpere is a 1981 born former soccer player. He was born and brought up in Tallin, Estonia. The 5 feet 10 inches tall footballer started his career in 1997 with the team Nomme Kalju. Likewise, he played for teams like Lelle, Flora, Tromsø, New York Red Bulls, Chicago Fire, among others.

Journey As A YouTuber

The 41 years old television personality started her YouTube channel in 2006. In the beginning, she had to struggle with views and subscriber counts. Currently, she has about 350 subscribers with 77500603 views.

The internet personality grabbed attention for her strong writing about celebrities. However, she had to face much hatred for her racial comments for celebrities, including boys band BTS. Nonetheless, Lester is earning in the range of $234- $3.7 thousand from her YouTube channel. She is a successful Youtuber, just like Lou Ratchett and Brooke Houts.

As per some tabloids, Shallon's estimated net worth is around $500 thousand, which she has earned from her social media presence and as an author. She is the writer of books like Exes and Ohs: A Downtown Girls and Hot Mess: Summer in the City.

Also, Lester is active on Instagram with 76.9 thousand followers and her estimated earning per post is $309- $515 as per the influencer marketing hub. On the other hand, her former partner, Joel's fortune is estimated to be between $1 Million- $5 Million.