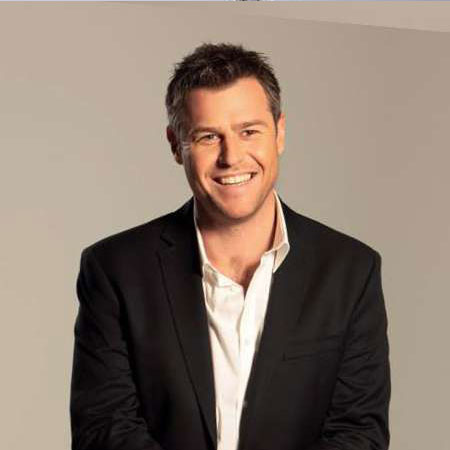 Rodger Corser is a famous Australian actor. He is known for his role character of Detective Senior Sergeant Steve Owen in Nine Network crime mini-series Underbelly, based on the Melbourne gangland killings, and Character of Senior Sergeant Lawson Blake in police drama series Rush.

Rodger Corser was born on 28 February 1973 (age 46), Victoria, Australia under the zodiac sign of Pisces. The characteristics of Pisces Sign are Powerfully emotional, intuitive, creative, and caring. We can assume all qualities possessed in him. He stands in a height of 6.1 ft (1.85m).

Rodger completed B.A. in Media Studies with Honours in 1996 from Deakin University. He was also the lead vocalist in a band called Tender Prey in the 1990s. They managed to play gigs at the Shoppingtown Hotel, Doncaster, Victoria, Australia.

After that band, he also managed to work with a band called Stone the Crows as a lead vocalist. The band played Cover songs of the legendary band Rolling Stones and Black Crowes as a tribute they also produced many original songs.

Corser was additionally the lead vocalist in a 4-piece cover band called "Sideshow Bob" that played around a couple of Melbourne bars amid the mid-late 90s (1995– 1996) – namely at specific places like the Royal Hotel in Essendon, Victoria, Australia.

Even though Rodger career began in his teen days, he came into the limelight after his debut in Showbiz. In the year 1998,  he was cast in a leading role for the Australian production of the musical Rent. He played the role of Roger, an HIV-positive musician. The show was a success for his career.

Later, he did many theaters shows including "Leader of the Pack and Below" and "Secret Bridesmaids' Business."

He began to work on many films and television shows as well as several advertisements and started to get recognized among the public.

Since 2016, he is working in a series as a protagonist Dr. Hugh Knight in the Channel 9 series Doctor Doctor.

Rodger was married his girlfriend Renae Berry on 26 October 2007. There are rumors saying they started dating when Rodger stared in "Rent" which was his big break.

He had a previous relationship with singer Christine Anu back in 2002. However, there are no details about how long they were dating and why did they end their relationship. But they do share a daughter together named Zipporah Mary Corser (born 2002).

From, his current marriage he has three children a son named Budd Corser(born 2010), and a daughter named Cilla June Corser (born 2012) and the youngest son Dustin Corser (born 2015).

Altogether, he has 4 children now.

Rodger's net worth is not disclosed yet but it is estimated to be $4 million. He earned a handsome amount of money from his acting career as well as from endorsement. Most of the work he did was big hits.

Rodger is a Brand Ambassador for "Hyundai" and owns Hyundai Santa Fe which cost starts from $30,850.

He also bought a watch of Tudor GMT which sells above $3,900 according to the source.

As of now, He has over 24k followers on Instagram. He is active on Instagram posts more often.