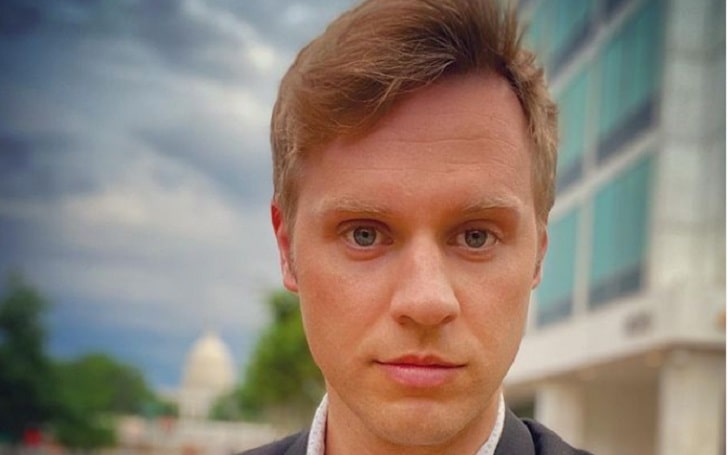 Robby Soave is an award-winning American journalist serving as the senior editor for Reason. He is also an author famous for his books such as Panic Attack: Young Radicals in the Age of Trump (2019). The 33 years old journalist lives a happy life with his wife, Carrie and two Yorkies.

Robby Soave was born in 1988 in Detroit, Michigan, the USA making his age 33 years. He holds an American nationality and belongs to a Caucasian ethnic background. The journalist is close to his parents and they often appear on his Instagram handle.

The Reason editor has a brother named Ryan Soave. Apart from that, he attended the University of Michigan between 2006 to 2010 from where he earned a Bachelor of Arts in English and European history.

Right upon graduation, Soave started his journalism career. His writing mainly focuses on college news, education policy, criminal justice reform, and television. Currently, he serves as the senior editor at Reason. The journalist has gained experience by working in various networks. And his works have been featured in numerous magazines including The New York Times, The Daily Beast, and U.S. News & World Report.

Soave was also a Novak Fellow at The Fund for American Studies from 2017 to 2018. He frequently appears on Fox News, CNN, and syndicated radio programs. The prominent writer published his first book Panic Attack: Young Radicals in the Age of Trump under All Points Books in June 2019.

On the other hand, Soave also works on the D.C. Advisory Committee to the U.S. Commission on Civil Rights. Also, his works have received various honors including Southern California Journalism Award. Likewise, he was named to the 30 Under 30 list in the category of law and policy by Forbes in 2016.

Who Is Robby's Wife? A Look At His Marital Life

The award-winning journalist (like Kristen Ledlow and Norah O'Donnell) is happily married to his wife, Carrie (Strasz) Soave. The couple is high school sweethearts.

They dated each other for a long time and exchanged vows in 2014. The pair then moved to Washington D.C.

They do not have kids as of now but live with their two beautiful dogs of Yorkies breed Caesar and Oliver. Robby's wife serves as the Human Resources Specialist at the United States Department of the Interior.

Net Worth And Income Sources

Combining his media and literary works, Robby has surely added a significant amount to his name. As per the ABC Fact, he has a net worth of around $1 million. No doubt, he earned this fortune from his profession as a Journalist and Author.

In addition, a journalist in the United States earns around $47757 per year and $17.83 per hour. And an editor has an average salary of $55297. Working as a senior editor, Robby surely makes above the average wage. Apart from that, he earns some profit from publishing books. The moderate pay for an author is $21.63 per hour.