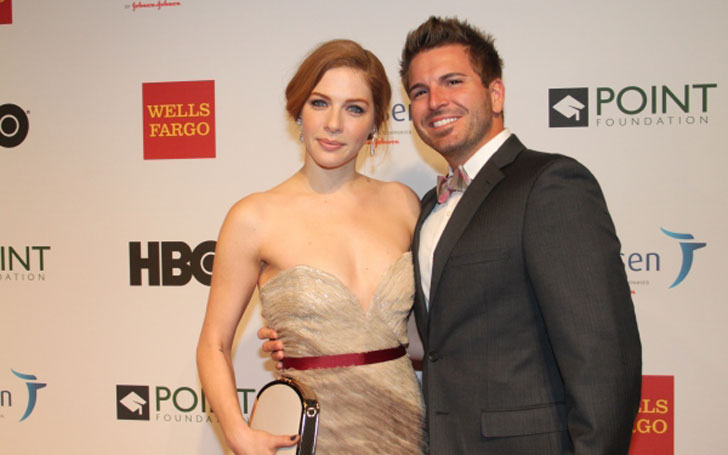 Rachelle Lefever is a beautiful and talented Canadian actress, who has attracted lots of attention of mass and media about her personal life as she is engaged to her longtime boyfriend Chris Crary with whom she is going to married with.

Many of the Racheal Lefever fans are really curious to know about her personal life as it is not her first time that she is having a date with someone. But it is true that Rachelle Lefever is engaged to chef Chris Crary and soon any time they are having a happy married life.

After dating 18 months Racheal and Chris get engaged in 2014. Let's check out this photo that is posted in Racheal social media site...

According to an interview with the Buzzfeed, she revealed about her boyfriend Chris Crary. She said,

I have a boyfriend who I'm very serious about

Moreover, looking forward to Racheal 's Instagram account, what we found is kissing scene with her fiancee, Chris Crary which proves that Racheal is happy with her new relationship. Have a look...

Rachelle has her past love affair with Jamie Thomas King (British actor) in 2009. The couples seem to have spent their private life together very often. But without any reason, this couple get separated.

During that period, Rachelle was about to get married to Jamie and was keen to make him her spouse but unfortunately, it didn't happen. Hope her new relationship may get success to have a happy married life. Good luck.