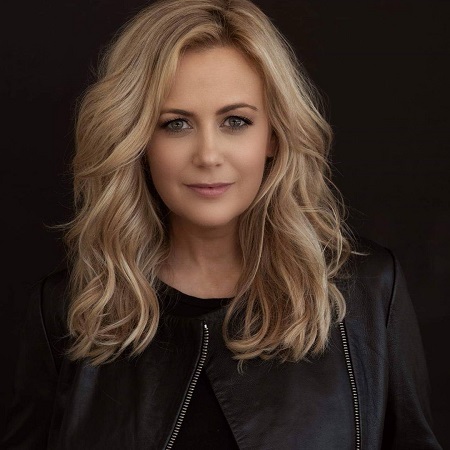 She belongs to Australian nationality and has white ethnicity.

After high school, Rachael graduated with an acting degree from the Australian College of Entertainment at Macquarie University. Moreover, she also studied at the Drama Works Drama Company.

Professional Career And Net Worth- How Rich Is Rachael?

Working in the entertainment industry for 2 decades, Rachael has reportedly collected a net worth of $1 million.

The actress also earns a decent amount of money from her sponsorships, endorsement deals, and commercials.

Rachael started her acting career in 2001 appearing as Emily Martin in the television series, All Saints. In the same year, she also appeared in television series like Home and Away, Ihaka: Blunt Instrument, and more.

In 2001, Carpani joined the cast of an Australian drama program McLeod's Daughters as Jodi Fountain-McLeod. She starred in the show for nine years alongside Birdie Carter, Lisa Chappell, Jessica Napier, and Aaron Jeffery.

She then starred in television series like Cane, NCIS: Los Angeles, The Glades, Scorched, Against the Wall, Law Dogs, 800 Words, Seeds of Yesterday, If There Be Thorns, The Rachaels, Stalker, among others.

Likewise, the actress has appeared in movies like Hating Alison Ashley, Triangle, The Umbrella Man, The Way Back, and The Very Excellent Mr. Dundee.

Did you know? Rachael is also recognized for being listed in the worst dressed for the 2004 Awards Ceremony.

The 40 years old actress has kept her personal life away from the media despite working in the entertainment field for over 2 decades.

Though she does not speak much about her love life, she was previously in a long-term relationship with Australian actor Matt Passmore.

As per sources, they started dating in 2006 and were in a relationship until 2011. Many sources assumed that they were even engaged but the couple did not confirm the news.

Her ex-partner Matt is married twice. He was first married to Jacqueline Bawtree. They got married in 1997 and divorced in 2006.

Likewise, he is married to his second wife Natalia Cigliuti. They exchanged wedding vows in 2016.

Besides this, she was also rumored to be in a relationship with Chad Cornes.

You may also like Deanne Bray, Jazz Raycole, and Elisabeth Harnois.