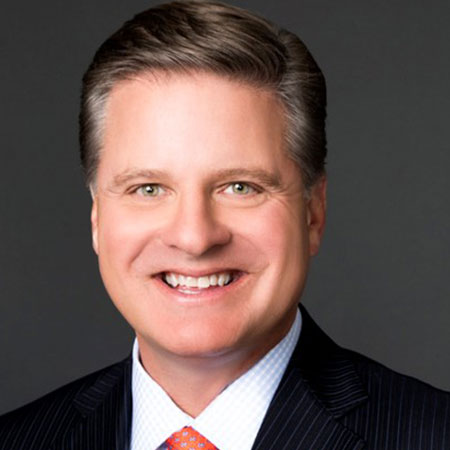 With not just about his exceptional weather powers, he stands tall, but he is one of the tallest around. His height is of 6 Feet 3 Inches, which is approximately 1.9 m.

With his unique expertise and attitude towards work, he is highly praised by his co-workers and the viewers.

His viewers look forward towards his segment.

He received a Bachelor of Science in TV, Radio, and Film from Southern Illinois University.

And then he moved to Mississippi State University, where he got his Master's degree in Meteorology. He then followed and got the certifications from the American Meteorological Society and also the National Weather Association.

You may also like: American TV Personality Dave Hester's Net Worth and Career Achievements

Pete joined WFAA-TV in 2005 as a weather forecaster covering North Texas. In such a long year of his career, he has served on different kinds of weather issues.

He has found a reliable forecast on issues ranging from flooding to tornadoes and others. These range of issues made him very popular and highly respected in the whole of Texas.

Another One: Ayman Mohyeldin Biography

Before all of this, Pete worked as a meteorologist at WFTV in Orlando, Florida. He joined WCPO-TV, the ABC affiliate in Cincinnati, Ohio in 1996.

Before leaving, he left a significant mark in his in-depth analysis and actual works.

He earned the title,'Severe weather leader'. He was very noticeable for his coverage of 1999 Tornado.

Delkus was also a baseball player and quite renowned. He has excellent achievements as a pitcher in his name.

He played for an amateur in his home town before starting Career at SIUE. After leaving college, he joined Minnesota Twins Organization where he bagged several titles and awards.

His career ended because of a severe injury to his elbow. Before that, in all of his baseball career, he played for six years with the Minnesota Twins Organization.

Pete Delkus currently lives in Dallas, Texas, with his wife and two children. Despite being so busy with his work, he always makes out time for his family.

He absolutely loves his family and is very devoted to them. He is happily married to his lovely wife Jacque Delkus.

Pete has a happy family with two children. One daughter Emily and a son Peter. He currently lives in Dallas, Texas.

He does not miss the opportunity to gush over his wife. In 2016, on their 25th wedding anniversary, he eulogizes his wife as he thanked her for being his best friend through and through.

Pete Delkus Net Worth and Salary

Pete has been working in this industry for so long now. By considering his long career with WFAA-TV and WCPO-TV, we can know that he earns a substantial payment from the outfit.

Pete admirers following him on social networking sites. He has 372K followers and 2,313 likes on Twitter.