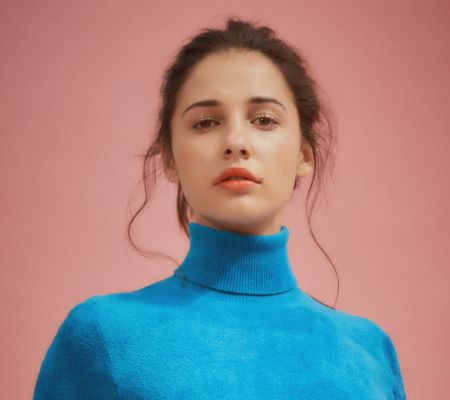 Naomi Grace Scott is an English actress and singer, best known for her role as Princess Jasmine in Disney musical live-action fantasy film Aladdin and Elena Houghlin in the 2019 film Charlie's Angels.

Naomi is of English and Indian descent. Her mother was born in Uganda to a Gujarati Indian family. She had immigrated to the UK at a young age. Scott moved to Woodford in Redbridge, North East London with her family when she was eight years old.

Her parents served as pastors at the Bridge Church, Woodford in Redbridge. Naomi has an older brother, Joshua Scott. The 27-year-old had attended Davenant Foundation School in Loughton, Essex, but left halfway to pursue an acting career.

According to Celebrity Net Worth, Scott has an estimated net worth of $3 million as of 2021. Her first major acting role was in a Disney Channel UK series Life Bites, where she starred as Megan. Just a year later, in 2010, the 27-year-old landed in the role of Mohini "Mo" Banjaree in the Disney Channel's original film Lemonade Mouth, which marks her first role in an American production.

Scott was also cast as Maddy Shannon in the science-fiction series Terra Nova that same year. She appeared as Ryoko in Ridley Scott's Oscar-nominated film The Martian. However, most of her scenes were removed from the final cut. She then co-starred as the Pink Ranger in the film adaptation of the TV series Power Rangers.

In 2019, Naomi starred as Princess Jasmine in the live-action adaptation of Disney's 1992 animated film Aladdin. For her performance in the adaptation, she won a Teen Choice Award for Choice Movie Actress and received a nomination for the Saturn Award for Best Supporting Actress. That same year, Scott appeared as one of the three leads in the third installment of action-comedy Charlie's Angels.

When did Naomi Scott get married? Wedding & Husband

Scott married her boyfriend of four years, Jordan Spence, on June 7, 2014. Jordan, 30, is a professional footballer who has played for ADO Den Haag, West Ham United, Leyton Orient, and Bristol City, to name a few.

The pair met at church in the late 2000s.“We met when I was 15 or 16 at church. It was one of those things where we were friends, and then we dated for four years, and we’ve been married for five years," Scott told Teen Vogue.

Naomi and Jordan exchanged vows before close friends and relatives in an intimate ceremony. The 27-year-old actress wore a simple, elegant strapless gown designed by Mira Zwillinger for her wedding. As of now, they share no kids.