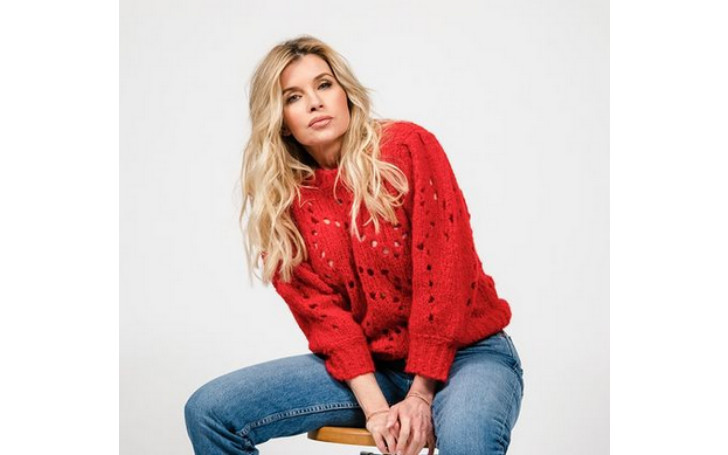 Nadine Caridi is a British- American psychologist and a former model. However, she is primarily known for being the ex-wife of Jordan Belfort, an American entrepreneur, author, motivational speaker and former stockbroker. The ex-duo separated in 2005, and the cause of their separation was domestic violence. After separation from Belfort, Caridi tied the knot with John Macaluso, a drummer.

Nadine Caridi was born on 24 December 1967 in London, the United Kingdom making her 54 years old as of 2022. She was born under the birth sign Capricorn. She holds British- American nationality. The former model moved to Brooklyn, New York, with her parents during her childhood. However, she hasn't revealed her parents and siblings.

Caridi is a psychologist by profession and is best recognized as a relationship advisor. She has two degrees in Counseling and a Ph.D. in Somatic and Depth psychology.

Caridi started her career as a model at the age of 17. She was the poster girl of the famous beer brand Miller Lite. Though she had done some modeling projects in her early career, she devoted herself to her medical career more.

The psychologist is a beautiful lady with brown eyes and light brown hair. She is 5 feet 4 inches (163 cm) tall and weighs around 60 kg. She has a strong social media presence and often shares her personal life with her followers. Also, the beautiful psychologist shares different health tips and precautions.

Nadine Caridi is living a happy married life with husband, John Macaluso, a drummer, musician and composer. The duo shares wonderful chemistry and is often captured in media cameras. In addition, the drummer has three children, Frankie, Nicky and Allie Macaluso, from his first wife.

Talking about her previous relationship, she was previously married to Jordan Belfort. The  former couple exchanged vows in 1991. They met during one of the parties. They welcomed two children; Chandler Belfort and Carter Belfort. However, the marriage ended with divorce in 2005. The cause for their separation was domestic violence, drug addiction and infidelity.

Nadine's daughter is also a psychologist and has been living a happy married life with husband Conner since 25 September 2021. Her son, Carter Belfort, has studied films and is a rising musician just like Indio Falconer Downey. He is more interested in singing and rapping.

Nadine's ex-husband, Jordan Belfort, is an American entrepreneur, motivational speaker, a former stockbroker and author born on 9 July 1962 in Bronx, New York, the United States of America. The 59 years old media personality was born to parents Max Belfort and Leah Belfort. Being raised in a middle-class family, he had to work early.

Belfort studied BSc (biology ) at American University. Later, he joined the University of Maryland School of Dentistry; however, he was expelled from the university after knowing his view towards dentistry. Jordan was told that Dentistry is not the correct field for him if he is chasing money.

After that, the author became a door-to-door meat and seafood salesman. Later his business failed, and he became bankrupt at the age of 25. Then he tried his luck in stockbroking. He worked as a trainee stockbroker at LF Rothschild. Eventually, he bought Stratton Oakmont.

Sadly, Belfort was convicted for 2 years in federal prison and one month in rehab for securities fraud and money laundering. Also, he had to pay $110 Million in restitution. His restitution agreement required him to pay 50% of his income towards restitution to the 1513 clients he defrauded until 2009. However, Belfort was released in April 2006 after 22 months.

After release, he wrote two books, The Wolf of Wall Street and Catching the Wolf of Wall Street. His books were published in 40 countries in 18 languages. Also, a film was made based on his books in 2013. The film starred Leonardo DiCaprio, Jonah Hill and Margot Robbie.

Nadine Caridi's current husband, John Macaluso, is a popular drummer born on 21 January 1968 in Commack, New York, the United States of America. The musician started playing drums at the age of 11. Similarly, he has been active in the music field since 1986. Further, he is known for progressive metal, speed metal, hard rock, heavy metal, power metal and glam metal.

The drummer is also recognized as Johnny Mac. Further, he is a former CEO of Wizard World. Besides his music career, he has acted in the 1979 film The Wanderers as Duckie Boy. Similarly, Macaluso has done a world tour with his team performing different concerts.

The 5 feet 4 inches tall musician has music credits like LIKE U, Me Before You, Is It Just Me?, POPCORN, Teen Time, With Us, Wow Wa, Reckless Drift, I Am a Viking, Little Kid, Swords and Tequila, Rising Force, Faith Bloody Faith, THOR, It's My Style, Domolo, Piano Please and more.

Nadine Caridi's net worth is around $5 Million. Her major income source is her medical profession. The median salary of an American psychologist is $85340, and she might be earning in the same range. Further, the psychologist must have earned good money from her early modeling career.  Also, she might have got good divorce alimony from Jordan Belfort.

In addition, the former model earns $138- $230 per post in her Instagram account. She has 27 thousand followers in her Instagram handle as of the writing of this article. Meanwhile, her husband's actual net worth is missing. As per some tabloids, he has around $10 Million.

Talking about her ex-husband's riches, Jordan Belfort has negative $100 Million. He had earned a lot from his stockbroking, writing and motivational programs; however, he had to pay $110 Million as a restitution agreement in his security fraud case. Reportedly, he has paid only $13 Million till now.

Further, the former author has 2 Million followers on his Instagram handle and his estimated earning per post is $4041- $6735. Also, he charges $80 thousand for each motivational speaking. Moreover, Jordan has a beautiful house in Los Angeles, California, where the median home price is $785 thousand. Though he is in debt, he has maintained a luxurious lifestyle.