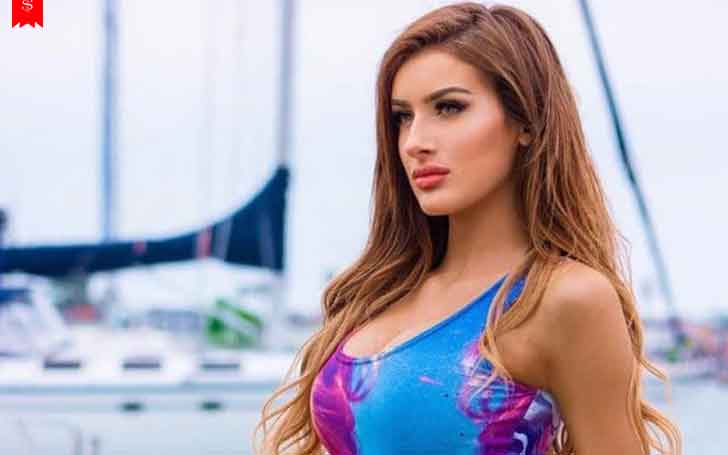 Born in the year-round chilly town of Scottsbluff in Nebraska on 29th of September 1998 as of 2018 she is 20 years old. She moved to California as a child and has spent most of her life in California. She has two older brothers named Chace and Chance making her the youngest child. 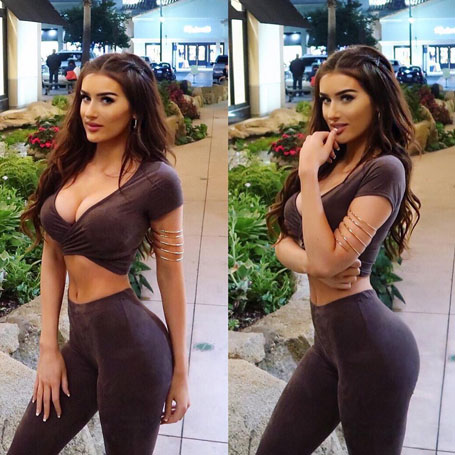 Molly is 20 years old and currently resides in the beach town of Carlsbad in the state of California. She is currently dating Youtube gaming sensation FaZe Rug since 2017 which is described as a warm and loving relationship by their viewers.

Likewise, they also shared their first kiss on Youtube. The video was adored by both sets of fans describing their relationship as heart-warming. The video has garnered 4 million views which are only increasing per day.

Furthermore, she shares pictures of her with her boyfriend on her social media profiles which is bound to create some envy for the viewers. 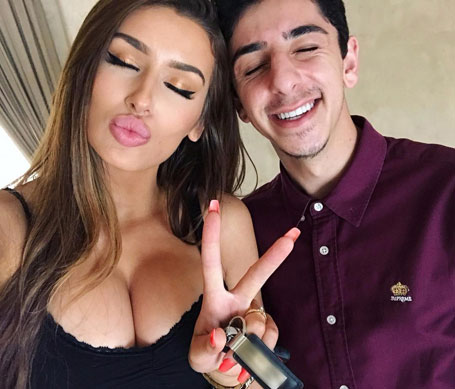 Molly is 5 feet 8 inches tall which is 172 cm. She weighs 57 kilos and her hourglass figure is described as perfect for modeling by some. She has hazel eyes and has a seductive 35-26-35 body which is commonplace for her profession.

Moreover, her height is slightly more than her alleged boyfriend and her weight is strictly looked after to keep a well-maintained figure. 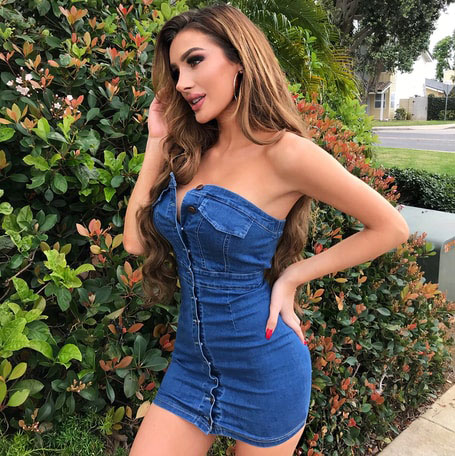 Molly posing for a picture beside a hedge
source: Jollygram

Molly Eskam's Career and Net Worth:

The social media and the real-life celeb is a professional model mostly modeling for swimwear and lingerie. She also runs a professional Youtube channel which is self-titled to her name.  She does collaborations with other YouTubers notably people such as Ricegum. She has earned a lot for someone of such a young age with estimates of her net worth around 150k USD. 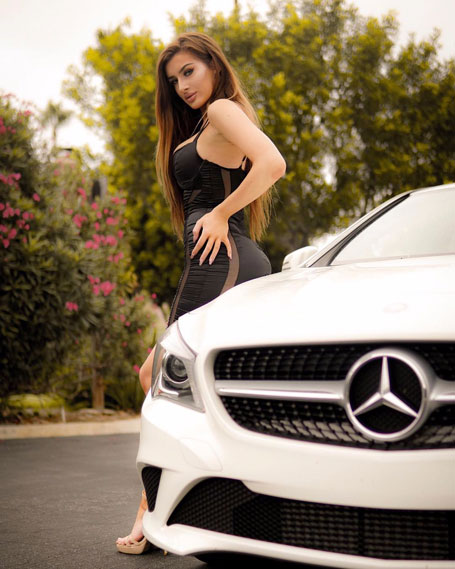 Molly with her Mercedes
source: ecelebrityfacts

She is a huge personality in social media with her social media profiles racking up a huge amount of followers. Her Instagram page alone has more than 750k followers. This has only increased with time.

Cheesin in this nice weather in my @taleverofficial outfit 😍 Comment down below what your being for Halloween ?

In addition to this, Youtube she has close to half a million subscribers with some of her posts and vlogs reaching millions in view count. Her collaborations with other YouTubers and close personal relations with FaZe Rug have only increased the viewer and subscriber count of her channel.

Molly is a follower of Christianity. She is of Caucasian descent. According to her birth date, she is a Libra which matches her traits and persona.

Molly is a very talented American model who has achieved a lot at a young age. She is a huge personality online with hoards of followers. She mostly blogs about her life in form of video also known as vlogging.

She is currently unmarried but in an unclear relationship with FaZe Rug. She describes their romantic mingling as special yet doesn’t call him her boyfriend.

As a matter of fact, her fans are confused as to whether she is in a relationship with the youtube or not and with social media access becoming easier for all we only expect her fame to grow.

Recently she was the victim of a Twitter hack that caused alarm for her fans but as the tweets that were tweeted during the hack have not been deleted even after a long time some speculate that it might have been a stunt.

As a result of this, her Twitter following is back to normal now and her worried fans are also relieved to find this out.