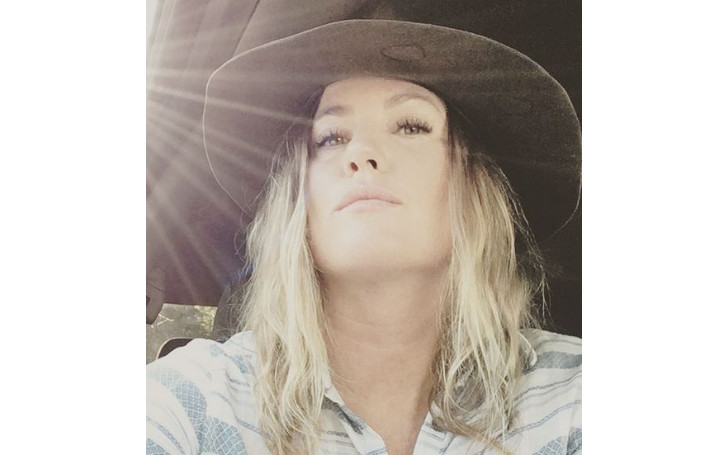 Wiki-Bio: What Is Her Age? Family?

Misty Raney was born on 9 November 1979 in Sitka, Alaska, the United States. As of 2021, she is 42 years old. The tv actress holds American nationality and belongs to the Caucasian Ethnicity. She was born under the birth sign Scorpio.

Raney was born the eldest child to parents, Marty Raney and Mollee Raney. Her father is a famous American TV producer and host known for being the host and producer of the TV shows like Raney Ranch and Discovery's Homestead Rescue.

Moreover, Marty was a former Denali mountain guide and lifelong Alaskan Survivalist. His past experiences have helped him fit in his adventure reality shows with his daughter.

Raney is a beautiful lady with blonde hair and brown color eyes. She stands at 5 feet 8 inches and weighs around 68 kg. The 42 years old television star is brave and has a deep interest in adventures.

Further, Homestead Rescue's star is often spotted with a hat. She loves surfing, kitesurfing, and wakeboarding. Further, the tv star is called Tomboy which she doesn't like to hear.

The television personality is living a happy married life with her husband, Maciah Bilodeau, a carpenter and surfer. The love birds have been together since 2000 and have been cherishing a successful married life together for more than two decades without any divorce issues. Maciah calls her Little Marty.

The lovely duo is blessed with a son, Gauge Raney. He also loves to do surfing.

Talking about her parent's relationship, Marty Raney and Mollee Raney tied the knot in 1974. The couple has been enjoying each other's company for about five decades without any separation issues. Also, the duo is blessed with four children, Matt, Melanie, Miles, and Misty.

Marty Raney's daughter is estimated to have around $400 thousand. She has gathered major of her income from her television career.

Similarly, her father enjoys his net worth of more than $1 Million. He has earned major of his fortune as a producer and host. Further, the tv host lives on his forty-acre plot in Haines, Alaska.