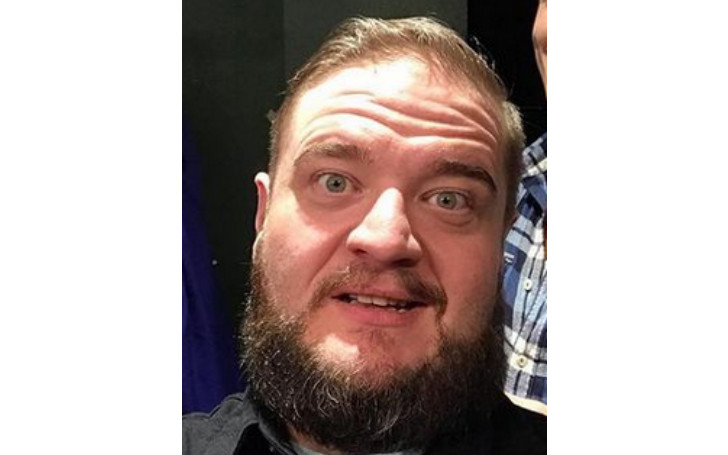 Mike Nahrgang is a popular Canadian actor, director, and writer with movies and TV credits like Dark Rising, Monster Warriors, Cube Zero, Owning Mahowny, The Tuxedo, The Love Guru, Before You Say I Do, and more. The multi-talented personality grabbed attention for his comedy just like Dave Coulier and Damon Wayans Jr.

Mike Nahrgang's exact birth details are missing, however, some sources claimed that he might be in his forties. He was born in Canada and spent his childhood in Toronto, Canada. Also, Nahrgang hasn't revealed detailed information about his parents and siblings.

The comedian has been successfully hiding major events of his life from the media. His educational qualifications are missing.

The TV actor has brown eyes and brown hair. He is also known by the name Mustard Man. He got Mustard Man's name because of his looks in the Canadian Sketch Comedy Show, The Endless Grind. He is famous in different memes as well. Nahrgang gained popularity for being one of the funniest men in the showbiz industry.

The Cube Zero actor's exact relationship status is unknown. However, some sources reported that he might be a married man. The source also mentioned him to be leading a happy married life as he often shares pictures of a lady on his IG handle. Also, he shared a picture of a beautiful newborn baby before some time.

The actor may have a blissful family life. While surfing around his Instagram, we can clearly see that he enjoys quality time with his friends as well. He works with different teams and enjoys his work with his co-artists.

Showbiz Journey And Net Worth

Monster Warriors alum started his acting career in 2002. Besides his acting career, he is the director of Squared Circle Live Wrestling: Live Standup Improve in 2014. Similarly, he is a writer of the 2006 TV movie, Sketch with Kevin McDonald. Also, he has a credit of archive footage in a 2005 video short, Re-Entering the Nightmare.

Nahrgang has portrayed the self character in many of his acting credits. His acting credits are Overlord and the Underwoods, Frankie Drake Mysteries, In the Dark, Mary Kills People, Cardinal, People of Earth, The Strain, Country Crush, The Ron James Show, Homie Spumoni, among others.

Similarly, the actor is active on Instagram with 3505 followers and his estimated earning per post is $33- $55. Also, he is a three times Canadian Comedy Award winner. His popularity and hard work ensure the growth in his income in the coming days.