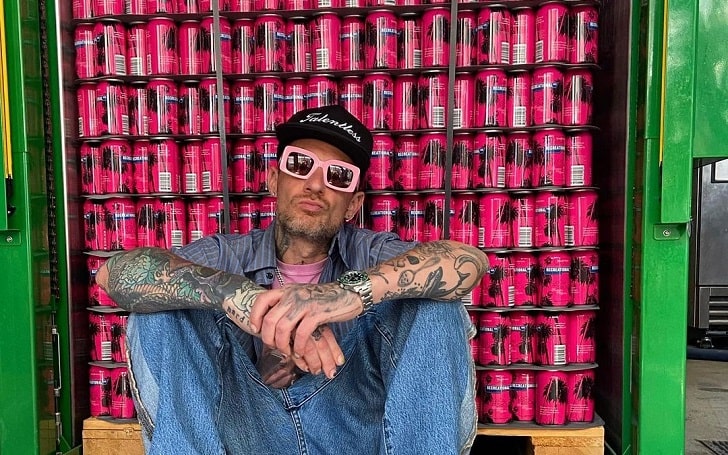 Michael Voltaggio is a well-known American chef hailing from Los Angeles, California, who is best recognized as the winner of the sixth season of Top Chef, Bravo's cooking competition reality show.

Who Is Voltaggio? Age, Bio, And Education

Born in Frederick, Maryland, United States, Michael Voltaggio was born on 29th September 1978. He holds an American nationality. His age is 43 years now.

The chef was interested in pursuing a career in culinary from an early age but didn't have money to study. Besides, Voltaggio did a long studentship in The Greenbrier's prestigious culinary apprenticeship program. Moreover, he finished his Greenbrier apprenticeship under Certified Master Chef Peter Timmins when he was just 21 years old.

The talented chef was raised by his mother, Sharon Voltaggio, and his father, John Voltaggio. But he had already admitted that his parents divorced when he was seven years old.

Voltaggio has two siblings, Bryan Voltaggio and Staci Rosenberger. Additionally, his brother Bryan is an American chef who received an AOS in culinary arts from The Culinary Institute of America and was mentored by chef Charlie Palmer.

Voltaggio, initially, worked at the Ritz Carlton Hotel Naples, Florida, under chef Peter Timmins. Also, he worked under Charlie Palmer's Dry Creek Kitchen in Healdsburg. During his tenure as Chef de Cuisine at The Bazaar by Jose Andres, the restaurant was nominated for the James Beard Foundation Award in 2008.

Besides, he participated in the sixth season of Top Chef, Bravo's cooking competition reality show, where he competed with his brother, Bryan Voltaggio.

Moreover, Voltaggio has made television appearances in various shows. He has judged and competed in Guy's Grocery Games many times. Also, we can see his appearance in a season 5 story arc in Lucifer (TV series).

Furthermore, Voltaggio owned and ran the restaurant's ink. and ink. Sack, in West Hollywood, California.  Together with his brother, he opened STRFSH, a fast-casual fish sandwich shop in Santa Monica, in October 2017.

Meanwhile, Michael is one of the most talented and hard-working chefs who has also trained several talents. His sous-chef, Mei Lin, won Top Chef Season 12.

Who Is Michael Married To?

The top chef winner is a married man. He is living a blissful life with his wife, Jennifer. Together with Jennifer, he has three children Thacher, Piper, and Ever Maeve. They reside in his hometown of Frederick, MD.

Apart from that, Voltaggio was previously married to Kerri Adams, with whom he has two daughters, Olivia and Sophia.

Similarly, he was reportedly in a relationship with Sami Miro. The duo dated for nearly two years after getting separated in 2016.

Voltaggio makes a good amount of money from his profession as a chef. He has also owned several restaurants that make a fair profit.

Moreover, Voltaggio has also competed in several high-budget reality shows and won the title too.

With such a high fortune, he must be living a lavish lifestyle.