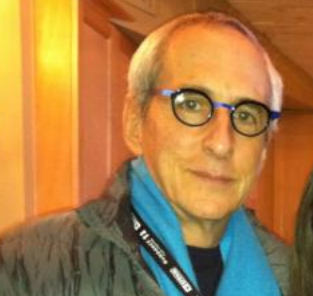 American film producer Michael Shamberg is an Oscar-nominated personality for the movies Erin Brockovich (2000) and The Big Chill (1983). He has been a veteran movie and TV producer active in the showbiz industry since 1972. Besides, he is also recognized for being an actor, writer, editor and former Time-Life correspondent.

Michael Shamberg was born in 1945 in Chicago, Illinois, United States of America. The 77 years old producer holds American nationality. The producer is yet to reveal the name and details of his parents and siblings.

The actor studied at Washington University in St. Louis. He seems to be interested in making films from his childhood. The Oscar-nominated personality has brown eyes and white hair. He is still active in his seventies and doing wonderful in the showbiz business.

Who Is Michael Shamberg's Wife?

Shamberg is currently living a happy married life with wife Carla Santos Shamberg, an American movie and TV producer. The producer duo tied the knot in 1996. Together the duo shares a son; however, the information is missing.

Carla Santos Shamberg is a 1952 born film producer with movies credits like Extraordinary Measures (2010), Erin Brockovich (2000), and Feeling Minnesota. Also, she has acted in TV short documentaries like 50 Films to See Before You Die and Spotlight on Location: Erin Brockovich.

Quick Peek At His Career

The Academy Award-nominated producer has been contributing to the showbiz industry since 1972. The Hollywood personality started his professional showbiz profession with TV movie documentary, Four More Years. Currently, he has more than 60 movies credits as a producer.

Some of Shamberg's movies and TV shows are Lord of the Universe, Freedom Writers, Reality Bites, How High, Man on the Moon, Runner Runner, Queen Mini, Wet Lands, Heart Beat, Living Out Loud, Get Shorty, Be Cool, among others.

Shamberg is known for his amazing writing skills in his book, Guerrilla television, originally published in 1971. Besides, he is an editor, actor and writer.

Shamberg is often mistaken with the realtor, Michael Shamberg, based in Galloway, NJ.

The 77 years old producer has amassed a good net worth under his name in his five decades-long showbiz career. Michael Shamberg's net worth is reported to be around $5 million. He might be earning around $109166 annually (average salary of an American film producer). He has earned quite good money being a film producer just like Sebastian Spader.