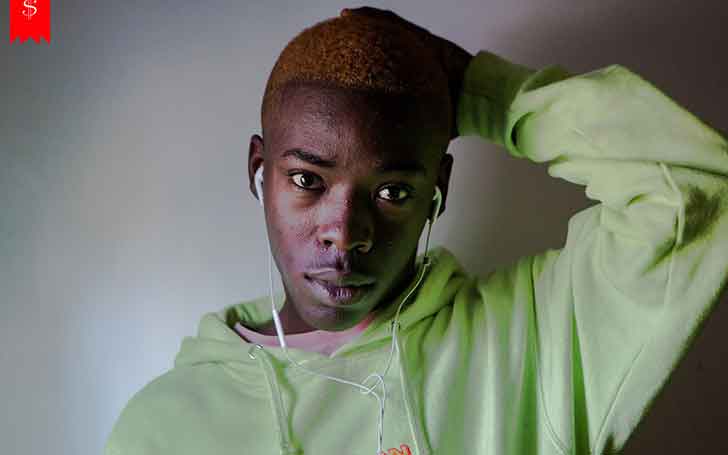 Merlyn Wood was born as William Anku Kraka Mawuli Andoh Wood Jr in Accra, Ghana on May 1st, 1996 and came to Houston, Texas after his birth where he spent the majority of his childhood.

His parents sent him to a boarding school in Ghana for two years after 7th grade, that is where Wood developed the love toward music and joined a jazz band where he played the saxophone.

Upon returning to States Wood attended The Woodland Highschool alongside with Band members Kevin Abstract, Ameer Vann, Matt Champion, and Russell Boring "Joba."The band, however, did not form until later after graduation.

After graduation, Merlyn went on to pursue architecture in the University of Texas at Austin, due to his parents' pressure. It was not what Wood wanted to do in the first place so, he could not keep up with his studies and was failing his classes, which led to him dropping out of college after two years.

After dropping out Merlyn went to California where he reunited with his friends and join the band Alive Since Forever in 2015 which later was renamed Brockhampton. Brockhampton is a hip-hop boy band consisting of other 13 members.

Merlyn is a rapper and the founding member of Brockhampton. The group released its debut album Saturation on June 9, 2017, followed by Saturation II on August 25 and Saturation III on December 15.

The band signed the record deal with label RCA Record on 30th March 2018 and released their fourth studio album Iridescence on 21st September which debuted at No.1 on Billboard 200 chart.

Merlyn is certain to earn a decent amount of money looking at the recent success of Brockhampton as a band. The band signed a $15 million record deal with RCA Record recently.

As of now, Wood net worth is approximately $0.9 million according to some internet sites.

Merlyn is currently living with his band members in Los Angeles, California and he drives a BMW.

Merlyn has managed to keep his personal life low key. He is unmarried and hasn’t publicly dated anyone so it is safe to assume that Wood is currently single and does not have a girlfriend.

The rapper height is unknown but he weighs 67kg. Wood has a pair of dark brown eyes with black hair.

Like other celebs, Merlyn Wood is widely followed and popular on social networking sites. As he has 242k followers, 348 posts and 1,241 following on his Instagram profile. His fans and admirers can also follow him on Twitter.