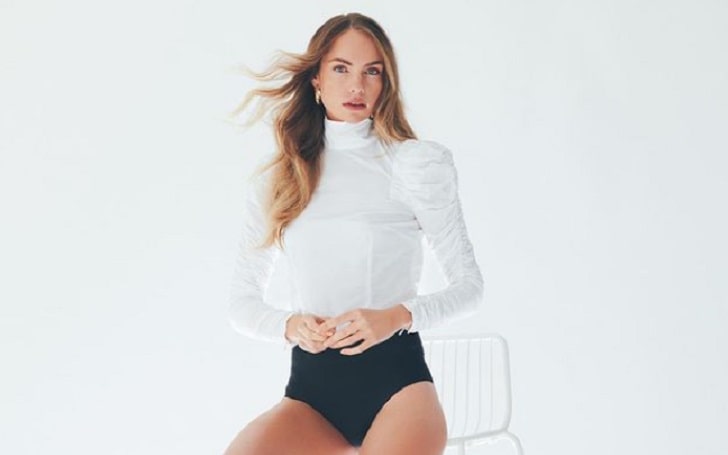 Australian actress Melina Vidler is popularly recognized for her appearance as Shay Turner in the television series, 800 Words. And the Logie Award winner actress' boyfriend is one of the most asked questions on the internet as she was rumored to be in a relationship with Married At First Sight's  Ryan Gallagher.

Born on February 20, 1993, Vidler's age is 28 years old who holds Australian nationality. She is originally from Brisbane, Queensland, Australia but grew up in Samford, Queensland. Her parents, Kaylene and Wayne Vidler raised her with her two siblings, Beau and Brent. Besides, she is the eldest child of her parents. Her father, Wayne, is a property developer.

Vidler stands at the height of 5 feet 9 inches (1.75 m). She went to Ferny Grove State High School in Brisbane. After that, she went to the Queensland University of Technology to study acting. Following her education completion, Vilder moved to Sydney, New South Wales, to pursue an acting career.

No, Ryan Gallagher is not the boyfriend of Melina, but they were rumored to be dating each other. As per Daily Mail, they were spotted walking hand in hand through the airport as they waited to board their flight at Sydney Airport back in January 2021.

After that, the cute duo was also seen together in Byron Bay. But Married At First Sight's Ryan later admitted that he is not dating Melina. He also said that their cozy pictures flooded the internet, but the rumors of their romance are not true.

It seems like Vidler is leading a single life, but while surfing around her Instagram, we can find various cozy pictures with guys on her Instagram handle, which hints something about her love life. Due to this reason, we can't confirm whether she is dating someone or enjoying a solitary life.

Upon graduation, the 800 Words star is actively working in the film industry. She made her acting debut in 2015 after portraying the role of Northern Mermaid in the television series Mako Mermaids. Her work in her debut project collected good praises from people

The following year, Vidler appeared as Monique in Rake. And in the same year, 2016, Vidler portrayed the character of Alexandra Brock in the tv series Brock. In 2017, Melina worked in Dirty, Clean, & Inbetween.

Her breakthrough came in 2015 when she starred in 800 Words alongside Rachael Carpani. 800 Words also helped her achieve Logie Awards in the category Most Outstanding Newcomer.

Mako Mermaids cast has also appeared in Summer Night, Reef Break, and Kidnapped. Besides, Vidler is working on her new movies Untitled Elvis Presley Project, Love in Bloom, and The Arrangement, which is set to be released in 2022.

Brock alum is an uprising talent who makes a good sum of money from her profession as an actress. It is speculated that her net worth is around $1 million. Her major gains come from being an actress, usually making around $76,975 per year or $39.47 per hour.

On the other hand, Vidler is associated with Morrissey Management and Brave Artists Management, making money from sponsorships and endorsement deals. She has a decent presence on Instagram and her estimated earning from a single post on Instagram is $132 - $220. In addition, Melina appeared in Mako Mermaids with a budget of $12.3 million, from where she must have received a good profit.