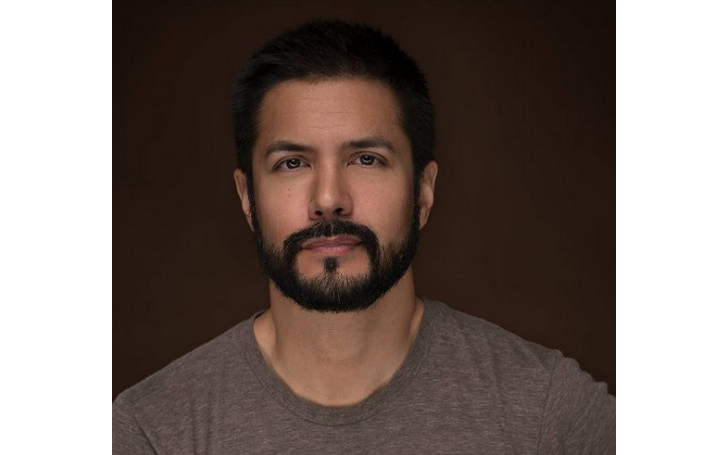 Marco Grazzini is a popular Canadian actor primarily known for portraying the character of Mike in the hit Netflix series Virgin River alongside Lauren Hammersley and Zibby Allen. Also, the actor has movies and television credits like Right in front of Me, Christmas Unwrapped, Christmas Forgiveness, Good Sam, The story of Us, A Taste of Summer, Total Drama, The Art of More, Deck the Halls, among others.

Marco Grazzini was born on 14 April 1981 in Toronto, Ontario, Canada. As of 2021, he is 40 years old. He holds Canadian nationality and was born under the birth sign Aries. Further, he belongs to Mixed ethnicity.

Grazzini was born to a Filipino mother and an Italian father. However, the information of the actor's parents and siblings is missing. The Virgin River actor graduated from the University of Toronto with a major in Italian and Spanish and a minor in Sociology.

Furthermore, the actor stands at 1.76 m and weighs around 73 kg. His chest size, waist size, and biceps are 42, 34 and 14 inches respectively. Grazzini is a good-looking guy with dark brown eyes and dark brown hair.

The actor is fond of traveling, singing, cooking and photography.

Is Marco Grazzini Married? His Wife?

Virgin River actor's current relationship is quite confusing. No doubt, his partner is Alvina August, and they got engaged two years back after dating for over five years. It is not clear if they have tied the knot or not.

The lovely duo steals the limelight whenever they are spotted together. However, their actual married details and the information regarding their kids are under the curtain.

Alvina August is a popular Zimbabwean - Canadian actress and singer, born on 2nd August 1984. She is primarily known for her role as detective Karen Hart in the CW's 2019 TV series, Nancy Drew.

Her movies and TV credits are Deliver by Christmas, Love In Design, The Intruder, The Other Kingdom, Bad Times at the El Royale, Siren, and more.

The 5 feet 7 inches tall actress is also known for her singing talent. Her music credits are Tightrope, Separate Ways and Over You. Further, the actress got huge appreciation for her performance in Nancy Drew, which is titled the best project of the year 2019.

The forty years old actor has been active in the showbiz industry since 2007. In his 15 years long career, he may have gathered good money. Marco Grazzini's net worth is reported to be around $1.5 Million. The median salary of the actor in Canada is $99714.

Grazzini's other acting credits are A Valentine's Match, Cyberstalker, Kim's Convenience, Heroes Reborn, A Series Of Unfortunate Events, Highly functional, Separation, Close Up, among others. He is a fifteen years veteran actor with a reputed acting journey.

Taking about Alvina's net worth, she has gathered more than $1 Million from her showbiz career.