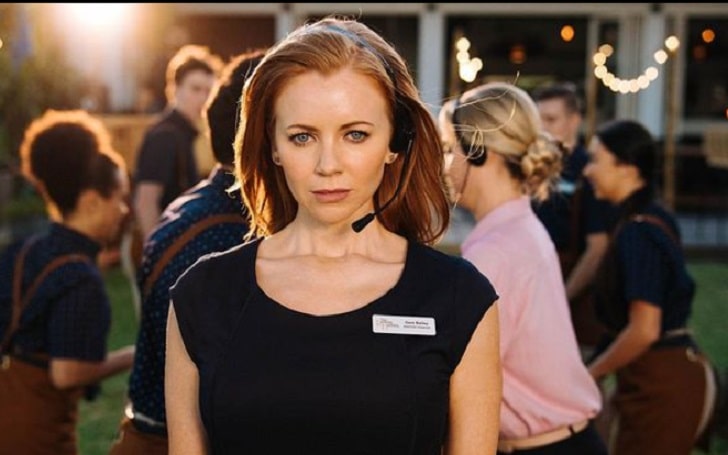 Lynn Gilmartin is an Australian actress and television host who formerly won the European Poker Tour. The gorgeous actress is also identified for her work in the World Poker Tour on Fox Sports Networks (US). The 37-years-host was inducted into The Australian Poker Hall of Fame in 2020.

On November 3, 1984, Gilmartin was born in Dublin, Ireland, to her beloved parents. The 5 feet 6 inches tall actress moved to Melbourne, Australia, in 1986 together with her family. Since then, Gilmartin has been in Australia getting busy in various fields.

The passionate lady was interested in pursuing a career in acting from an early age. Not only that, she had dreamed of being a host, so she went to study at La Trobe University and RMIT University. During her early days, Gilmartin was also involved in acting, dancing, and concerts. After completing her schooling, the actress thought of doing a diploma course in advertising and attended Crown Melbourne.

Initiated  Career In The Poker Industry

Upon graduation, Gilmartin got herself in the poker industry in 2009, serving as a reporter for PokerNews.com and PokerStar.tv. She soon became a regular host of the World Series of Poker, the Asia Pacific Poker Tour, and other poker tournaments.

Gilmartin got more into fame after appearing as the Crown's Aussie Millions Poker Championship host on Australian and English television screens in 2012. She resumed into 2013 as a sideline reporter for ESPN Australia's range of the World Series of Poker Asia Pacific. Also, she served for One HD and ESPN Australia's coverage of Crown's Aussie Millions Poker Championship.

After that, the talented actress moved to Los Angeles in 2013 to host Mike Sexton and Vince's 12th season of the World Poker Tour on Fox Sports. The actress also hosted the American Poker Awards in February 2018.

Gilmartin began her showbiz career in 2018 when she landed the role of Gemma in Museo. She also starred in Trauma Center as Coroner Nurse Crystal. Her work in the industry got more recognition when she appeared as Jessica Quince in the television series Neighbours. Her notable credits are Christmas on the Farm. This Little Love of Mine, Kidnapped, etc.

The Trauma Center cast is happily married to Angel Guillen. Angel is also a professional poker player and World Poker Tour Mexico commentator. The American-Mexican couple has been together for more than three years.

Their bond is inseparable as the romantic birds have appeared in various events holding each other's hands. They met for the first time in 2009 when Angel took part in the annual World Series Poker 2009. They also have their own family as Guillen, and Gilmartin is raising a cute son, which she often features on her Instagram account.

Net Worth In Millions

The famous actress has accumulated a huge sum of money from her multiple profession. She is estimated to have a net worth of over $1 million just like Dreka Gates and Christian Antidormi. The actress has earned massive profits from her involvement in poker. She won the largest-ever European Poker Tour Women's Event in Barcelona, Spain, in 2015, where she won the EPT trophy and received a prize of €5,890.

Similarly, Gilmartin participated at the World Series of Poker in Las Vegas held in July 2017, where she finished in 49th place. Not to mention, the salaries of Professional Poker Players range from $19,910 to $187,200, with a median salary of $44,680.On the other hand, she makes money from being a Philanthropist. In addition, the average salary of a Philanthropist is $65,000 per year or $33.33 per hour. She is an ambassador for WPT Foundation and also for Wildlife Warriors.

Furthermore, Gilmartin is active on Instagram and has dedicated followers of over 44.1k. According to the Influencer Marketing Hub, she earns around $219 - $365 from a single post on Instagram.