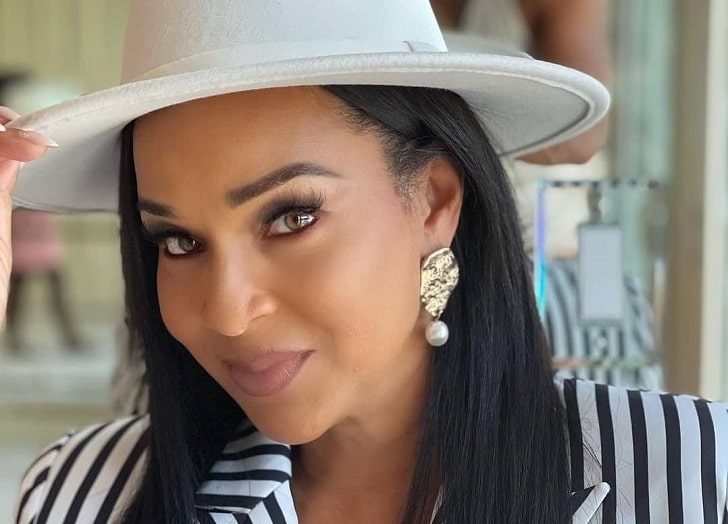 LisaRaye McCoy is an American renowned television star who is most recognized for her role in movies such as The Players Club, All of Us, The Wood, etc. Similarly, she is a model, businesswoman, and fashion designer.

Her parents are David Ray McCoy and Katie McCoy. Her father is a Chicago businessman and her mother is a former professional model.  She also has a half-sister named Da Brat.

She grew up on the south side of Chicago and went to the St. James College Prep, Kenwood Academy.

Physical Build: What Is Her Height?

As a model, McCoy is also keen on fitness and she regularly does workouts. She often shares different clips and pictures of her exercise videos.

McCoy was formerly married to multiple men. From 1992 to 1994 she was married to former American professional football player Tony Martin.

After that, she was married to Michael Misick; the former chief minister of the Turks and Caicos Islands. The couple tied the in a luxurious ceremony before 300 guests in 2006. During that marriage, she was the "First Lady of Turks and Caicos."

Sadly, her second marriage also did not last long and the pair got divorced in 2008.

Apart from that, McCory has a daughter named Kai Morae Pace born on December 5, 1989, with Kenji Pace.

At the moment, the mother of one reportedly leading a single life as there is no news regarding her relationship status.

After completing her education, LisaRaye started her career as a model and later ventured into the showbiz industry. She made her acting debut in 1995 by playing the role of Swinger woman in the television series named Martin.

Over the years, she made a name for herself and appeared in successful movies such as Lap Dance, Ballers, Tales, and many more.

Currently, McCoy is working on her new projects and some of their names are For the Love of Money, Chocolate City 3: Live Tour, etc.

Apart from acting, the 55-year-old has also directed Skinned and The Promise.

The multi-talented personality McCoy enjoys a luxurious life from her huge income. According to Celebrity Net Worth, she has a massive net worth estimated at around $10 million.

McCoy has gathered this huge money from her long-term professional career in the entertainment industry.

Additionally, the actress is strongly active on Instagram from where she makes a good amount of profit from her every sponsored post.

Similarly, McCoy is also the owner of LR Home Styles, a luxury brand specializing in quality mattresses and furniture.