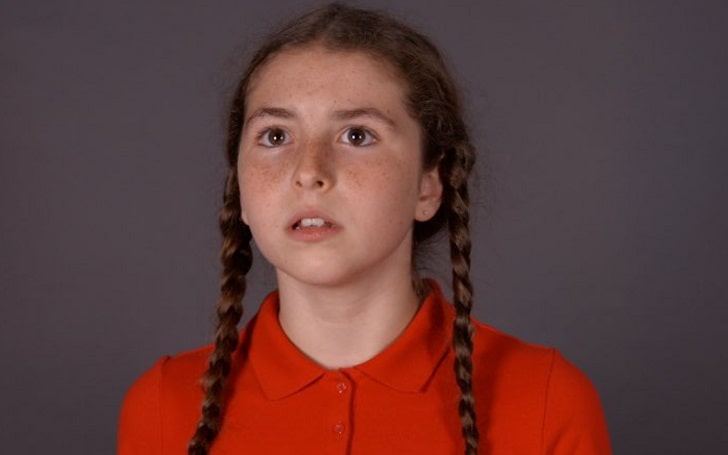 Lily Sanfelippo is an American child actress belonging to Italian descent. She is also a voice artist, singer, and dancer who got recognition in the industry after landing a role in the hit television series, The Criminal Minds as Young Amelia Hawthorne. The 14 years old actress has also starred as Eleven-Year-Old Amy in Young Sheldon.

Lily Sanfelippo was born in the year 2007 in the United States of America making her age 14 years now. Her birthday is still a mystery to the public. Her parents raised Lily alongside her younger sister Violet Ferne Sanfelippo.

Sanfelippo holds an American nationality and belongs to the Italian ethnic background. The Young Sheldon cast stands at the height of 4 feet 10 inches (148.5 cm).

Sanfelippo is represented by Talent Works. Apart from acting, she is also interested in Hula Hoop, Ice Skating, Jump Rope, and multiple other stuff.

The talented American actress has been professionally engaged in the entertainment industry since 2013. She debuted on the big screen by appearing in the television mini-series, Confessions of a Bitter(sweet) Actress where she emerged as Little Cheryl / Young Cheryl.

The child actress has also played in several theater plays including Amelie, Wizard of Oz, The Sound of Music, and Nightmare Before Christmas. After making her debut on the big screen, Lily was portrayed in ParaNOTnormal. And Lily got more recognition after playing the role of Young Amelia Hawthorne in the television series Criminal Minds in 2016. The respective series also stars Shemar Moore, A. J. Cook, and Damon Gupton.

In the same year, Lily also starred in WellieWishers. Not only that, people loved her acting work in the television series, Young Sheldon, that helped raise her fame. Some of her notable other credits are The Owl House, The Chicken Squad, Chuggington, Superstore, Infinity Train, etc. Currently, the child actress is busy with her schedule and her upcoming films are America and Firebuds.

Apart from acting, Sanfelippo is also a voice actress and has given her voice in various video games. Her voice can be heard in Infinity Train, Concrete Genie, Chuggington, and Vampirina. Also, the actress is doing another voice work in Turning Red, and its initial release is on March 10, 2022.

How Much Is Lily Sanfelippo's Net Worth?

The young American actress has amassed a decent fortune to her name from her amazing work in diverse films. As per sources, her net worth is around $300,000 to $500,000. In addition, the average salary of an actress in the United States is $91401 a year and a voice artist earns around $91401 a year.

Vampirina alum has starred in various high-budget films which must have helped her gain more profit. She appeared in Criminal Minds, which had a budget of $3.5 million per episode. No doubt her income will surely rise in the upcoming time.

Apart from that, she is also a dancer and the moderate pay for a dancer in the US is $44,887 a year and $22 an hour. As a songster, Lily may earn around $30.23 per hour. Further, Young Sheldon star uses Instagram under the username @lilysanfelippo and has gained considerable followers from where she shares something about her ongoing events.