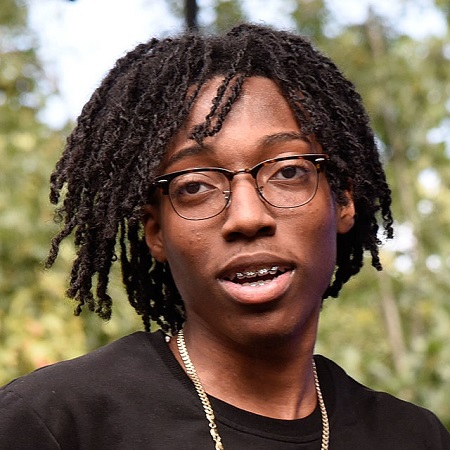 Lil Tecca is a famous American rapper and singer-songwriter who started his musical career in 2017. The eighteen-year-old rapper grabbed huge attention after releasing his single, Ransom, which bagged the fourth position on the Billboard Hot 100.

What is Lil’s Full Name?

Lil’s full name is Tyler-Justin Anthony Sharpe. He was born on 26th August 2002 and is currently eighteen years old. He was born in Queens, New York City, New York, the United States of America.

Lil is of American nationality, whereas his ethnicity is black. He was born to Jamaican parents. He studied at Lawrence High School.

Actually, Lil dreamt of being in the NBA, but he grew interested in music at the age of twelve and decided to pursue a career in music.

In early 2017, he released his first track, Tectri, collaborating with his friend Lil Gummybear, which grabbed him considerable attention. The following year, he released single Love Me. His single Ransom was released in 2019, which became a big hit.

Since then, he has released singles like Did It Again, Why U Look Mad, All Star, IDK, Out of Love, Our Time, Dolly, Royal Rumble, and so on. He also has released mixtape We Love You Tecca and studio album Virgo World.

How Much Is Lil Tecca’s Net Worth?

Talking about Lil Tecca’s net worth in 2021, his worth is reported to be around $3 million. The millionaire earns $50 thousand per annum.

Who Is He Dating?

As Lil keeps updating his Instagram and deletes his previous post, it is quite hard to trace his personal life. Back on 9th June 2019, he posted a picture with a girl claiming her to be his girlfriend. Her name is Racquell Pesos, an Instagram model.

Now, the pictures are deleted from his Instagram, so, it is quite confusing whether they are still dating or have already broken up. Some sources reported that he is still dating his girlfriend, whereas some claimed him to be single.

Besides this, Lil has not been linked with anyone.