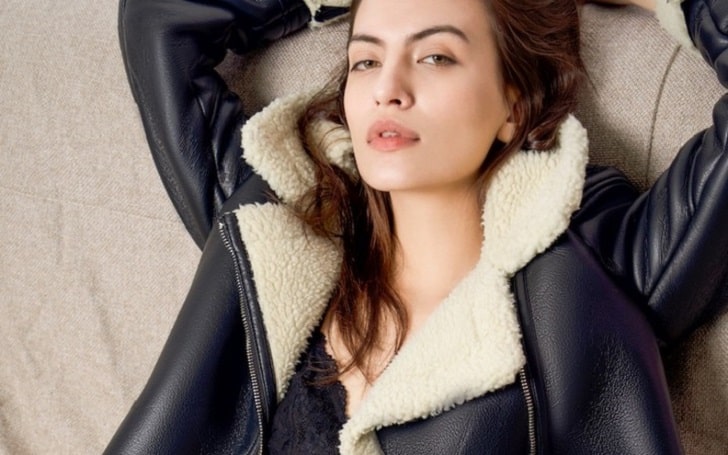 Professional actress and model Leslie Stefanson is widely famous for her role in the movies such as The Hunted, Glass, etc. Now, she is also focusing on her career as a sculptor. She enjoys a long-term relationship with actor James Spader.

Leslie Stefanson was born in Fargo, North Dakota, the U.S, and was raised in Moorhead, Minnesota. Her full name is Leslie Ann Stefanson.

From her parents' side, she is of Icelandic heritage. Her grandparents, Skúli Stefánsson and Heffie Einarson emigrated from Iceland.

Her parents' names are Randy Stefanson and Corinne Stefanson.

As per her birthdate, Stefanson is 50 years. She holds an American nationality. The Hunted actress has always been interested in pursuing a career in acting from an early age.

Stefanson studied literature in New Jersey at Drew University and in New York at Columbia University. She graduated with a degree in English literature from Barnard College in 1993.

Stefanson has been actively engaged in the film industry since 1994 after she debuted by playing the character of Girl at Party in The Cowboy Way. Besides, she has worked as an actress in both film and television before devoting her time to sculpting.

The 50 years old actress gained more fame for playing the title role of Capt. Elisabeth Campbell in the film The General's Daughter, and Joan Bennett Kennedy in the television miniseries Jackie, Ethel, Joan: The Women of Camelot.

The M.D.s cast began her career as a model and later wandered into the showbiz industry. She was also a member of a New York theater group. Stefanson modeled and appeared in an ad for Lee's Jeans in 1997.

As a multi-talented personality, she is now focusing more on sculpting. The actress has also received the Gold Medal and Charlotte Geffken Prize from the National Sculpture Society.

Cunningham trained Stefanson in sculpture for about four years. She started taking courses in sculpture and life drawing at The Art Students League in 2009.

The General's Daughter actress has collected a decent sum of money from her multiple works. As per the Net Worth Post, she has a net worth of around $500,000. She has gathered this fortune from her work as an actress and sculpture.

Meanwhile, the actress is busy with her work, and her actual income remains undisclosed. Besides, her partner is one of the wealthiest personalities in the entertainment industry who enjoy a massive fortune of $20 million as of 2021.

Likewise, he takes around $300 Thousand per post. Hence, the romantic birds live a lavish life with the money earned from their profession.

Some of the film projects she has been portrayed are mentioned below:-

The hard-working sculpture has been blissfully living with partner James Spader. Spader is an American actor and producer who is popular for his work in Sex, Lies, and Videotape, Stargate, etc.

The lovely couple got engaged in 2008. They started dating in 2002. On August 31, 2008, Stefanson gave birth to a baby boy. Currently, the happy duo resides in New York City with their son, Nathaneal Spader.

There is nothing much disclosed about Stefanson's past relationship and affairs, however, her partner was formerly married to Victoria Kheel and cherished their life from 1987 to 2004.