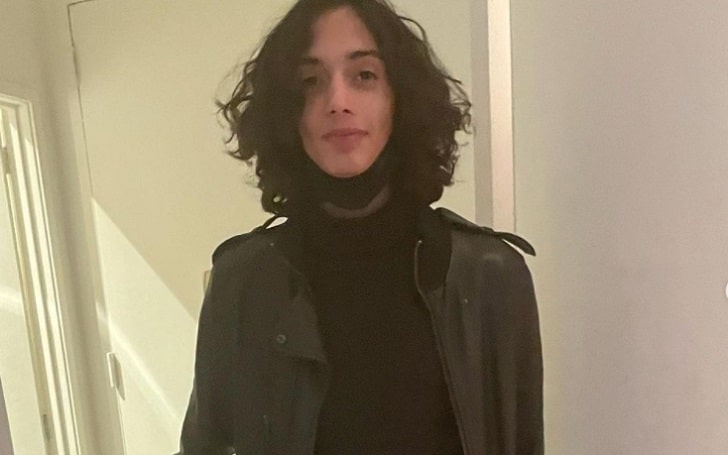 Leandro De Niro Rodriguez mainly got into the spotlight as the son of Drena De Niro, an American actress and filmmaker. He is also famous for portraying the movies like A Star Is Born alongside Dave Chappelle. His mother, Drena, is an established actress who gave birth to Leandro with Carlos Rodriguez.

Who Is Leandro's Father? His Age

Born on June 25, 2004, Niro Rodriguez is 17 years old now. He was raised by his mother, Drena De Niro and his father, Carlos Miguel Rodriguez. His dad is an artist and curator at the Museum of Graffiti. He was nicknamed Lion and Leo Rock by his parents.

Leandro practices boxing. His grandparents are Robert De Niro and Diahnne Abbott. Not to mention, Robert De Niro is an American actor, producer, and director who has been active in the showbiz industry since 1963.

Take A Look At His Career

The 17 years old star kid made an acting debut in the 2005 film The Collection. In his debut movie, he appeared as Kid in Cableman. After 13 years, he again emerged appearing in Cabaret Maxime. Drena and Leandro played Paulette and Leo Stone in A Star Is Born, his third acting role so far.

Currently, Leandro might be focusing on his education as he has not appeared in other television series or movies. Apart from that, his mother, Drena, came onto the big screen appearing in Grace of My Heart. After that, she starred in Too Tired to Die, Great Expectations, Witness to the Mob, The Intern, etc. She got more into the spotlight after appearing in A Star Is Born.

Leandro is the grandson of Robert De Niro and Diahnne Abbott. His grandmother is an American actress and singer who played supporting roles in films of the 1970s and 1980s, including Taxi Driver. Likewise, Robert is famous for playing in the movies like Three Rooms in Manhattan, Greetings, etc. He has won numerous awards, including two Academy Awards, a Golden Globe Award, and the Cecil B. DeMille Award.

Robert and Diahnne were married from 1976 to 1988. Together they had a son, Raphael De Niro. De Niro adopted Drena, Diahnne's daughter, from a previous marriage.

The celebrity kid might have earned a fair sum of money from his appearance in several movies. In 2018, he arrived in A Star Is Born, which had a budget of $36 million and the box office collection was $436.2 million. With his work in the respective film, Leandro must have received good profit.

His mother, De Niro, has an estimated net worth of $2 million, but some sources claim her net value is around $7 million. Undoubtedly, Drena has earned a massive amount of money from her active involvement in the entertainment field.

Similarly, Leandro's grandfather, Robert, is one of the richest actors who have a wealth valued at over $500 million. Reportedly, his monthly income is around $3 Million.