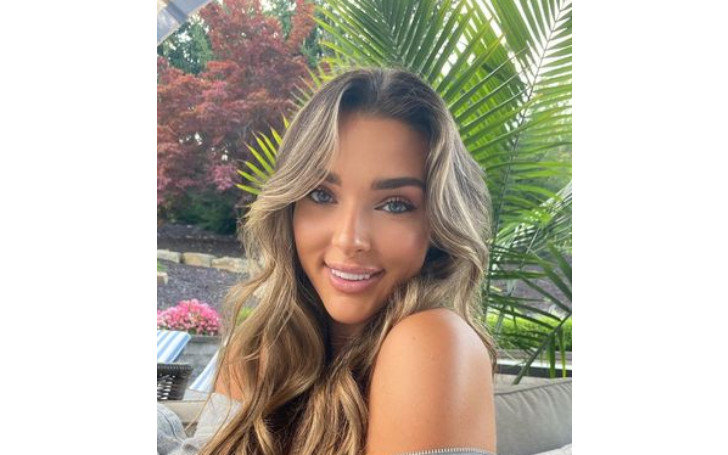 Kendall Vertes is a popular American dancer who is known for her appearance in different dance reality shows. Besides being a dancer, she is also a singer, actor, and model. Further, she is recognized for her YouTube channel, Kendall K.

Wiki-Bio: What Is Her Age?

Kendall Vertes was born on 9 December 2002 in Pittsburgh, Pennsylvania, USA. As of 2021, she is 19 years old. She was born under the birth sign Sagittarius. The dancer holds American nationality and belongs to the White ethnicity.

Vertes was born as a youngest child to her parents, Jill Vertes and Erno Valer Vertes. Her mother, Jill, is also a reality star featured in the second season of the famous show Dance Moms.

The singer was raised alongside her siblings, Ryleigh Vertes and Charlotte Vertes. She shares a healthy relationship with her elder sisters.

Talking about educational qualifications, Vertes was home-schooled as she was involved in her dance projects from a very young age. Some of the sources claimed her to join Penn Trafford High School. Vertes has managed her education along with her stardom.

The singer made news headlines for being in a relationship with a TikTok star, Cadan Woodland. She had previously dated Austen Swankler.

Also, the actress once dated John Rink in 2019. As of now, her current relationship status is not revealed. She might be single.

The social media star is 5 feet 10 inches tall. She weighs around 59 kg. She has a beautiful look with blue eyes and brown hair.

The dancer revealed that she is fond of contemporary and jazz dance. She has a dream to collaborate with Ariana Grande. Her favorite actor is Tom Cruise. Further, she loves to eat pizza, burgers, tacos, and donuts.

Vertes started dancing at the age of 18 months. She also attended dance classes. The dancer first time appeared in the second season of Dance Moms along with her mother. During the show, she had some issues with other contestants.

Her debut single, Wear Em Out, was released on 21 April 2015. She has been featured in different music videos. Also, she owns a YouTube channel where she uploads cover songs.

Some of her music credits are Summer love song, It's a girl party, Freaks like me, and more. Also, she is featured in Anastasia (2019), The Irreplaceables: Dance Movie, Trico Tri Happy Halloween (2018), and more.

The singer was on the cover page of Girl's Life Magazine.

How Rich is Vertes? Net Worth

Dance Moms' star has a big house in Township, Pennsylvania, where the median house costs around $215939.

The Summer Live song singer is estimated to have a net worth of more than $500k. She has earned major of her income from her involvement in different sectors. Further, she charges $17278-$28796 per post on Instagram as per Influencer Marketing Hub.