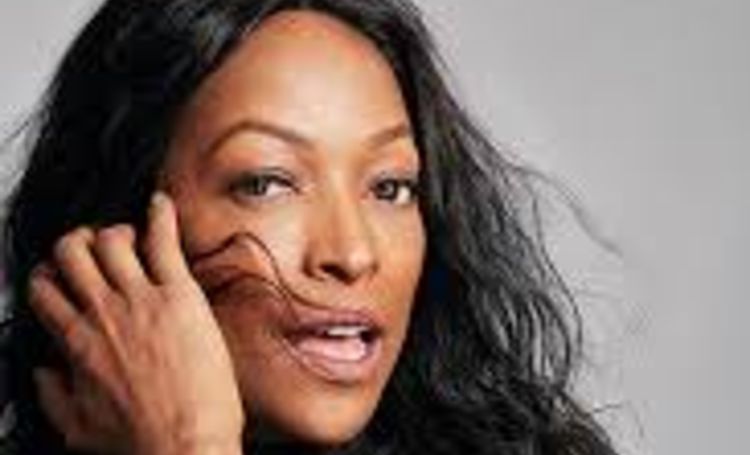 An American comedian actress, model, TV actress Kellita Smith is very famous throughout her time. Smith is globally known as Wanda McCullough from "The Bernie Mac Show". Apart from this, she has portrayed her amazing performance in more than 20 films including 'Hair Show", "Feel The Noise", "Kingdom Come" and uncountable TV shows.

Kellita Smith is an American Comedian, Model and Actress who was born on 15 January 1969 in Chicago, Illinois USA. She holds American nationality and is Afro American by Ethnicity.

When Kellita was only three years old her Mother, Honey Smith and Father ( a military man ) divorced. As a consequence, Kellita and her Brother Erick Smith with their mother to Oakland California and they carry on their education at Oakland Community Learning center.

Later, Smith joined  Santa Rosa Junior College and in 1989, Smith graduated with a Political science Diploma from the same college.

In her early life, Smith started her job sales and administrative department, at the beginning of her career she collaborated with various magazines in "Savoy", "Cosmopolitan" and "Esquire". Kellita made her first public debut as a actor and model in a regional production of Tell It Like It Tiz likewise with other theater company she performed her amazing role in "No Place To Be Somebody", "Feelings", "One Women Two Lives", "The Thirteen Thorn".

In 1993, Kellita made her debut on the TV screen as she comes into sight on an episode of "In Living Color".

After 2000, Smith started to involve in Big Screen projects. Smith became more popular as Wanda McCullough, in the "Bernie Mac Show" starring along with Bernie Mac, Jeremy Suarez, Wade Williams and many others. Kellita has been nominated  four times for her role in "Bernie Mac Show".

Beside all of this, an adorable Smith has portrayed her role on movies as well as more uncountable TV shows such as "Z Nation", "Martin", "She Is Still Not Our Sister", "For Your Love', "The Jamie Fox Show", "Living single" and so on. She has also worked with many other famous celebrities like Pisay Pao, Tara Holt, Emilio Rivera and others.

As of 2019, smith has turned into her 50's but also she looks very young. Smith used to keep her personal life far from the limelight, maybe due to her busy schedule. Despite being beautiful and famous alike Susie Abromeit, Smith is still single.

In 2015, there was rumor about Kellita and Mr. Chow as they were together spotted in Beverly Hills but both never confirmed about being in a romantic relationship.

Besides this smith has play On-screen role of Bernie Mac's wife Wanda McCullough in the Fox sitcom "The Bernie Mac Show". Due to her portrayal, the on-screen match couple was also speculated by fans, however, their union was just as a part of their role.

If we go through her Instagram profile, we can see multiple pictures of her with a child along with the caption of a loving mother. Yet, the true identity of the child is still unknown. And even if the child is her own biological, then she must have been kept the information of her partner concealed.

Some source has stated that she doesn't have any of her own. Moreover, she frequently visits various orphanage and helped them by providing her spiritual and materials which prove her immense love for kids.

Net worth and Salary

A multi-talented women, Kellita Smith's wealth is around $3 million gathered from her career as an actress which is also her prime income source.

According to payscale, the average wage of an actor/actress is around $50,235 whereas for television actor it's around $65,000 to $75,000. Hence, we can assume that she is surely also receiving an appreciable amount of remuneration from her profession. Considering her status and fortune, she levels up her properties to actress, Marissa Hermer.

Not only that, Kellita is also earning from her other works too. She has linked up with several brands, moreover, her own merchandise such as clothes and other is also the secondary source of her income.

In addition of this, Smith is active in social media where she posts her several brands endorsement product in order to promote from which she might also receive a decent paycheque.

A multi-talented actress Smith stands at the height of 5 feet 10 inch with body weight around 67 kg and her eye is black in color and hair is also black in color.