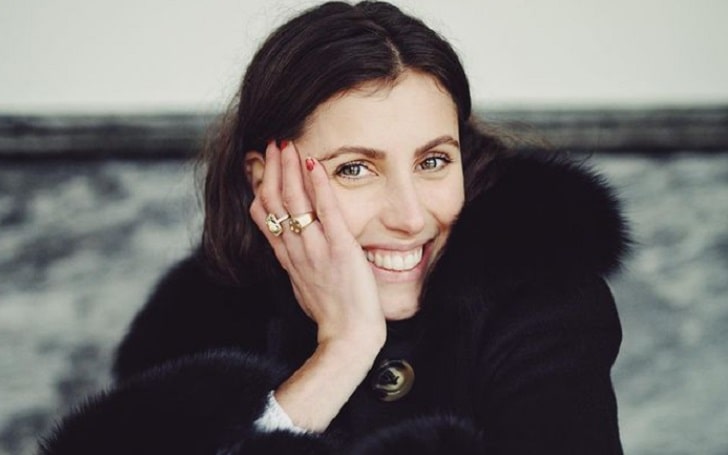 Katrine Rosenthal is a Danish actress of Jewish ancestry who got wide recognition for her portrayal as Jakobe Salomon in the film Lykke-Per. The Gentofte native is not only famous for her acting but is also known as the wife of celebrated Danish actor Martin Greis-Rosenthal. The couple together has two children, a son, and a daughter.

Katrine Rosenthal was born on September 19, 1985, in Gentofte, Denmark. The 36-years-old actress is not only the child of her parents and grew up alongside her two siblings, Nikolaj Rosenthal and Louise Murholt Rosenthal.

The Danish actress has Jewish ancestry and was educated at the Statens Teaterskole from 2008 to 2012. But she was originally admitted together with Danica Curcic and Mikkel Boe Følsgaard. After completing her education, Rosenthal began her career in theatre. Since 2011, the actress has been working in the showbiz industry.

Rosenthal initially came into the entertainment industry as a theater actress and later got professionally involved on the big screen. Firstly, she performed in Christoffer Berdal's production of Jeppe på Bjerget at The Royal Theater with Henning Jensen. And she debuted in 2011 by landing the role of Viola in tilstand.

In 2014, the actress appeared as Tine in Department Q: The Absent One. In the same year, the talented actress in the tv series, Heartless as Ida Just. Moreover, many people loved her role in the respective series, and she got a chance to emerge in The Bridge as Alice. Her other television credits are Tomgang, Splitting Up Together, Selfiestan, Forhøret, and many more.

The Selfiestan cast has performed in different theatre plays, including Ovids Metamorfoser, Without, They dance alone, and Melape. In the year 2020, she starred in Grænseland as Ingeborg. With her outstanding work, Rosenthal is able to take Robert Award and Bodil Awards home. She is presently working on her new project Fædre & Mødre, which will be released in 2022.

Katrine Greis-Rosenthal and Martin Greis-Rosenthal have been a happily married couple since August 4, 2012. The actor duo has two kids, a son named Esther Liv and a daughter named August Levy. They have also got a chance to play a role in Thomas Vinterberg's film projectKursk.

Katrine and Martin are still together, and there is no news of their separation. So, it is clear that they are deeply in love with each other. Not only that, Rosenthal shares various photos with her husband and kids through her Instagram handle, where she is ascertained as @katrinegreisrosenthal.

On the other side, Katrine's husband, Martin, is also an actor who has appeared in movies such as The powder keg, The best man, Live Strong, April 9, Headhunter, etc.

The 5 feet 7 inches actress has certainly added a considerable fortune to her name from her professional work as an actress. Reportedly, her net worth is over $500,000. As a celebrated Danish actress, she must be receiving around $92.68 per hour as it is the average pay earned by an actress in Denmark.

Furthermore, she has been acting for a long time and has worked in various movies that did well in the industry. So, it is clear that Rosenthal is making her living through it. Apart from that, Splitting Up Together alum earns money from sponsorships and endorsements. As per the Influencer Marketing Hub, her estimated earnings from a post on Instagram are around $87.75 - $146.25.