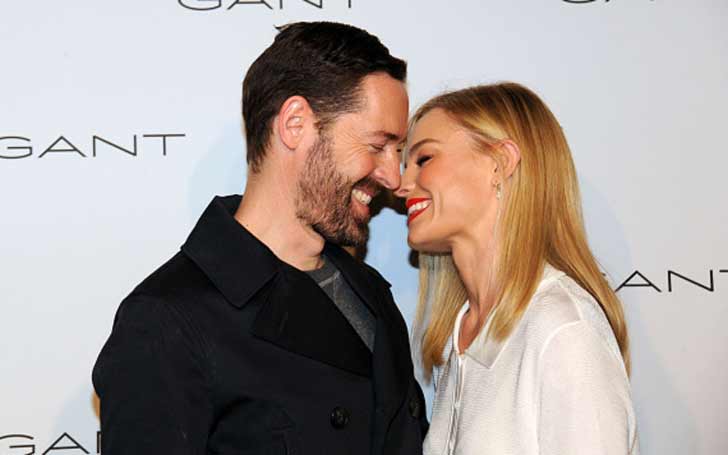 Everyone wants a perfect and happy married life, but only a few of them will be lucky to have so. Well, an American actress Kate Bosworth and Michael Polish are one of the luckiest couples ever. The couple has been married since 2013 and is still together.

Bosworth has won the hearts of several fans by her incredible acting skills and stunning looks. Her fans are keen to know more about her married life. It has already been four years that the couple got married but they don't have any children yet. Are they planning on having kids? Scroll down to know everything.

The 35 years old Kate Bosworth met her future husband Michael Polish for the first time in 2011 when her husband Michael was directing the movie, Big Sur. Since then the couple began dating and after a year in 2012, they got engaged. Kate Bosworth and Michael Polish on their wedding

Moreover, the couple soon decided to get married and after a year of their engagement, they got married. Well, the duo shared their vows on 31st August 2013. Their wedding ceremony was held in Phillipsburg, Montana in the presence of VIP guests and family members.

It has already been four years the couple got married and still, their love for each other hasn't decreased. In an interview, Bosworth recalled the days she fell for Michael and further revealed that she already knew he was the perfect one for her but didn’t rush into a relationship.

Likewise, the couple celebrated their fourth marriage anniversary at Venice, Italy. They spent two days there and looked very happy. The couple is happily living together and yet they haven't faced any rumors of divorce.

Kate Bosworth and Michael Polish Children and other relationship

As the couple is already married, the couple does not have any children yet. The couple might be focused on their career rather than having children. Moreover, the duo hasn't mentioned anything about having children and there are no any rumors as well.

However, Michael has a 19 years old daughter Jasper Polish from his previous marriage with Jo Strettell. His former wife is a makeup artist and daughter an actress. In an interview, Bosworth mentioned that she has a good relationship with Michael's daughter Jasper and further revealed her experience co-parenting Jasper. Bosworth said that she met Jasper on when she was about 12. She further added, "I felt like I became a parent in many ways but also I felt like I gained a sister and a really, really beautiful friend." Whatever it is, Bosworth and Jasper still have a good relationship.