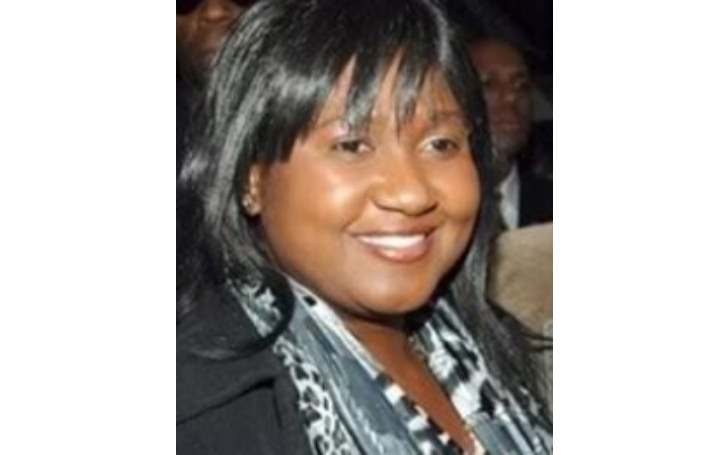 Jonetta Patton is a popular American celebrity manager, businesswoman, producer and actress having movies and TV credits like Rhythm City Volume One: Caught Up (2005), Behind Every Man (2020), Usher: Evolution 8701: Live in Concert, among others. Moreover, she is primarily known for being the mother of Usher, an American musician, actor and producer.

Jonetta Patton was born on 6 April 1956 in the United States, making her 64 years old as of 2021. She holds American nationality and was born under the birth sign Aries.

Her birth name is Jonetta O'Neal. She is reported to spent major of her early life in Tennessee. However, the information regarding her parents and educational qualifications is missing.

Further, the celebrity mother has a decent look with black color eyes and dark black hair. She looks stylish whenever she is spotted in the media.

Patton tied the knot with Usher Raymond III in 1976. The duo dated for a few years before marriage. Jonetta was aware of Raymond III's alcoholic behavior but still chose to marry him as she was madly in love with him.

However, the wedding became one of the worst experiences of her life. Raymond III used to abuse her after taking drugs and alcohol. Jonetta' s first wedding ended soon. She has a son, Usher, from her first marriage and raised him as a single mother.

Later, she exchanged marriage vows with Terry Patton at the age of 23. Terry and Jeanette share a son, James Lackey. However, their wedding couldn't last long. Jeanette revealed in an interview that her second marriage ended because her husband was a mama's boy.

After unhealthy marital experiences, she decided to lead a single life taking care of her sons. She worked hard to make her sons' career in the entertainment field successful. She remained a manager of her celebrity son, Usher, for more than two decades. Also, she worked as a film producer, actress, and owns a music company.

Patton has a big role in turning her son into a big star. She became able to make her son a multimillionaire celebrity. She managed his music career for a long time. However, there was news stating Usher fired his mother from music managing. As per oprah.com, Usher said that he wanted to expand his business, and there was no need for his mother; also, he revealed that he was attempting to grow as a man and no more needed supports of his mother.

In 2016, she started the concept of J's Kitchen Culinary Incubator. She started business in the same building where her music company was based on. She is an example of a strong woman and has inspired many women to do something in life.

As mentioned above, Patton is associated with movies and television shows like Rhythm City Volume One: Caught Up (as a producer), Evolution 8701: Live in Concert (producer), Behind Every Man (2020) and E! True Hollywood Story (2010).

Her Son, Usher, Is One Of The Biggest Names In The Music Field

The 43 years old actor has been active in the showbiz industry since 1993. He is known for genres like R&B, pop, hip-hop, soul and dance. Further, he is known for being a dancer, businessman, actor and songwriter.

Usher started singing at a very young age and his mother shifted from Tennessee to Atlanta to make his career in the music field.

His music credits are Yeah, My Boo, OMG, I Don't Mind, U Got It Bad, U Remind Me, Nice & Slow, Hey Daddy, Love in this Club, Lovers and Friends, Confession Part II, There Goes My Baby, Don't Waste My Time, Good Kisser, No Limit, Same Girl, Bad Habits, Moving Mountains, Can You Handle It?, and more.

Moreover, his movies and TV credits are The Voice, Hustlers, In The Mix, Hands of Stone, Usher: Live From London, Louder Together, She's All That, Texas Rangers, The Faculty, Light It Up, Incredibles 2, Scary Movie 5, Bad Hair, Dreamgirls, Ray, and more.

In addition, the singer tied the knot with Grace Harry (2015- 2018). Together the duo shares two children, Leaf Miguel and Raiden Wolf McLean.

Previously, he was married to Tameka Foster, an American fashion stylist. The duo tied the knot in 2007 and legally divorced in 2009. Further, the ex duo was blessed with Usher Raymond V and Naviyd Ely Raymond.

What Is Jonetta's Net Worth?

The 64 years old businesswoman's exact income and net worth are unknown. However, she is estimated to have around $800 thousand, according to many tabloids. Her major source of earning is her music company and J's Kitchen.

On the other hand, her son, Usher, has a net worth of around $180 Million. His major source of income is his music career. The singer has sold more than 75 million records worldwide till now, making him one of the best-selling musicians. Also, he is reported to own a 2014 Mercedes-Benz A45 AMG.