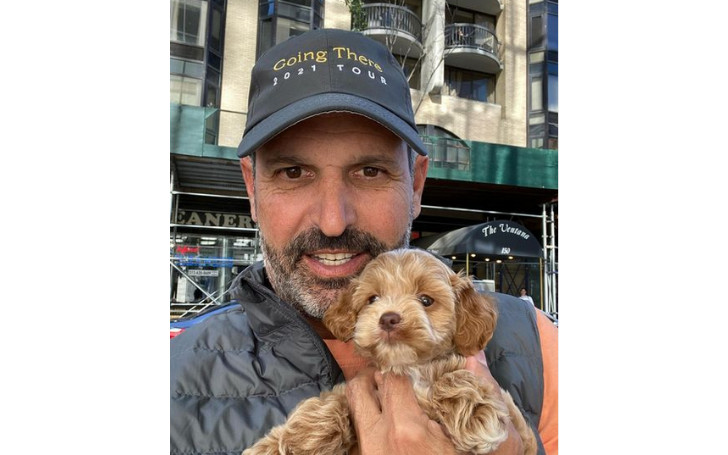 John Molner is an American banker who rose to fame as the husband of Katie Couric, an American journalist, presenter and author. His wife is the founder of Katie Couric Media, a multimedia news and production company. The news anchor has been active in journalism since 1979 and was awarded Television Hall of Fame, 2004.

John Molner was born on 21 January 1963 in Chicago, Illinois, the United States of America, to parents Herbert Molner and Paula Molner. Holding American nationality, he was born under the birth sign Aquarius. The celebrity spouse was raised alongside David Molner and Tom Molner.

The 59 years old media personality studied at Trinity College. Similarly, he graduated with a Master's degree in Business Administration from the University of Chicago Booth School of Business. The banker ha brown eyes and brown hair and is 5 feet 5 inches tall.

Talking about his professional career, Molner served in a bank for a long time and retired in 2014. Later he joined BHH Capital Partners and started serving as a Senior Advisor. Further, the banker is a co-founder of Katie Couric Media.

His Wedding Details And Wife

Molner is currently living a happy married life with wife, Katie Couric. The duo tied the knot in 2014 in a private ceremony. They were introduced by their common friend Molly in 2012. The following year, they got engaged. The beautiful duo is seen happy but doesn't share any children. In 2017, Molner joined Couric for the TV show, Full Plate With Katie and John.

John Molner's first wife was Jane Franke, an English teacher, talking about his previous relationship. The former duo welcomed children Allie Molner and Henry Molner. The banker was in a relationship with Jessica Hsu for some time.

Likewise, Katie was previously in a marital relationship with Jay Monahan, a lawyer, from 1989 to 1998. They welcomed Ellie Monahan and Caroline Couric Monahan. Sadly, Jay Monahan died in 1998 due to colon cancer.

The 57 years old author studied at Arlington Public School. Later she joined the University of Virginia. She was a cheerleader in her school. The journalist was an intern at Washington DC all-news radio station WAVA. The journalist officially started her career in 1979 and eventually became an assistant editor of CNN.

Further, Molner's wife is known for her appearances in Today, CBS Evening News, 60 Minutes, Katie and Yahoo! News. Besides her news career, she is a part of movies like Shark Tale, Austin Powers in Goldmember, General Hospital and more.

What Is His Net Worth?

John Molner's net worth is around $20 Million, as revealed by tabloids. The banker's major income source is his long career in the banking sector. Besides, he earns good money from his involvement in BHH Capital Partners and Katie Couric Media. The celebrity spouse lives in Hampton's home with his wife. Reportedly the house is worth $6.3 Million.

His wife, Katie Couric, is a veteran news anchor whose net worth is around $90 Million. No doubt she earned enough from her four decades-long news career. She is a successful news personality, just like Paul Finebaum.

Besides, Couric earned good money from her writing skills as well. Her books' credits are Going There, The Blue Ribbon Day, The Brand New Kid, The Best Advice I Ever Got: Lessons from Extraordinary Lives and Going There Lib/E Katie Couric.