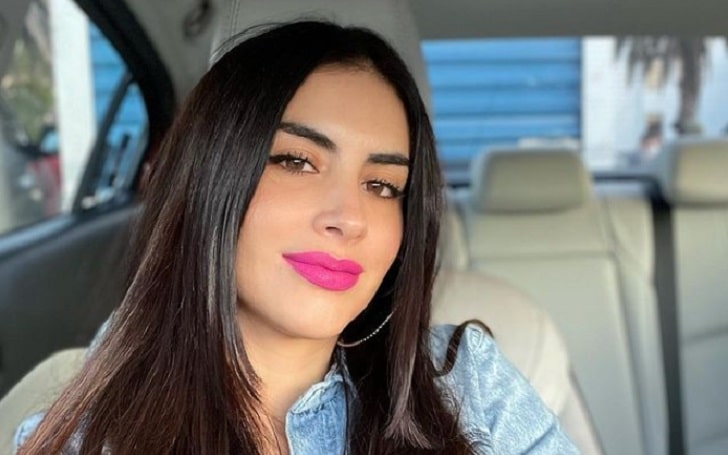 Multi-talented personality Jessica Cediel is a Colombian model, actress, and television star who is famous as the host of the show El Gordo y la Franca (The Fat Man and the Skinny Woman). The 39 years old Cediel was formerly engaged to Exatlón star Mack Roesch. The multi-talented personality has amassed a fair net worth from her multiple works in the industry.

Jessica Cediel was born on April 4, 1982, in Bogotá, Colombia. Her full name is Jessica Eliana Cediel Silva. Her age (edad) is currently 39 years. The 5 feet 3 inches actress holds Colombian nationality like Tanya Charry and belongs to the Latin ethnicity.

Cediel spent her early days in Bogota with her parents, Virginia (mother) and Alfonso Cediel (father). She is not only the child of her parents, as Cediel has two sisters Melissa and Virginia. The talented model attended the University La Sabana, where she was also a Miss Bogota winner. In 2002, she graduated with a bachelor's degree in Social Communication and Journalism.

Being a Miss Bogota winner, Cediel opened various career paths. After graduation, she served for small Colombian-based media companies, including RCN and a commercial magazine model. She modeled for eclectic magazines. Also, she hosted the Muy Buenos Dias show on RCN TV. Her other credits are Bravissimo, Good Morning, Estilo (Style), etc.

Cediel moved to Miami in 2014 to host El Gordo y la Franca. After that she was hired by Premios Juventud and Sal y Pimienta (Salt and Pepper). The television personality is currently a presenter of a La Voz reality show in the USA. Likewise, she is also an actress and has appeared in movies like istorias Classificadas and Hasta Que la Pata Nos Separe.

Cediel has also landed some roles in Condorito, Todas Para Uno, and Nadie Sabe Para Quien Trabaja. Her work has also been honored with several awards, including TV Novelas Awards, three times. Not only that, but she also received the award for outstanding performance in RCN's Estilo show in 2014.

Currently, Jessica Cediel seems to be single, so she does not have a Novio (boyfriend). But some of her followers speculated Cediel's boyfriend is Jessie Vargas. Despite rumors of her love life, she is a single lady who is now enjoying a solitary life. Apart from that, Cediel was formerly engaged to Exatlón star Mack Roesch, but they broke up in 2020, reported by the Famous Birthdays.

On the other hand, Legit. Ng says, Cediel dated Pipe Bueno for five years and broke up in 2014. It was also said that the reason for their separation was due to long distance. Likewise, Cediel was also linked with the famous actor Tom Cruise. But there is no serious relationship between them.

It is clear that Condorito actress is not married and does not have a child. Many of her followers thought she had a kid as she was in a relationship with multiple guys.

The multi-talented personality has surely garnered a good sum of money under her name, and some reports show her net worth is around $1 million. But some of them also say her wealth is somewhere between $200,000 to $500,0000. She makes her living through her job as a model, actress, and television presenter. In Colombia, the average salary of a model is $1029.34 per month.

Similarly, the moderate pay of an actress is around $42,570,479. So, as a model and actress, she might have earned in the same range. Also, she has modeled for several magazines, which must have paid her well. Furthermore, the singer has also presented numerous shows, including La Voz.

In addition, La Voz presenter also makes money from sponsorship and endorsement deals. She has an enormous following on her Instagram account, i.e., over 8.8 million. So, Cediel earns around $17,613 - $29,355 per post. No doubt, her income will rise in the future as she is still working actively.